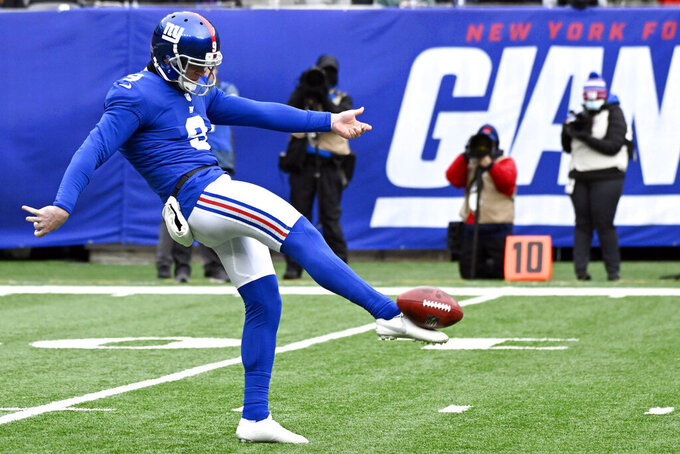 Dixon joined the Super Bowl champions on Tuesday after spending the past four seasons with the New York Giants, posting the two highest single-season net punting averages in franchise history during his tenure. New York released him last month.

The Syracuse product began his NFL career with two seasons in Denver.

Dixon will compete to replace Johnny Hekker, the four-time All-Pro who was released by the Rams last month in a cost-cutting move after a decade with the franchise. Hekker, who also was the Rams' holder on placekicks, quickly signed with Carolina.

Dixon is just the third veteran free agent signed in the offseason by the Rams, joining receiver Allen Robinson and linebacker Bobby Wagner.