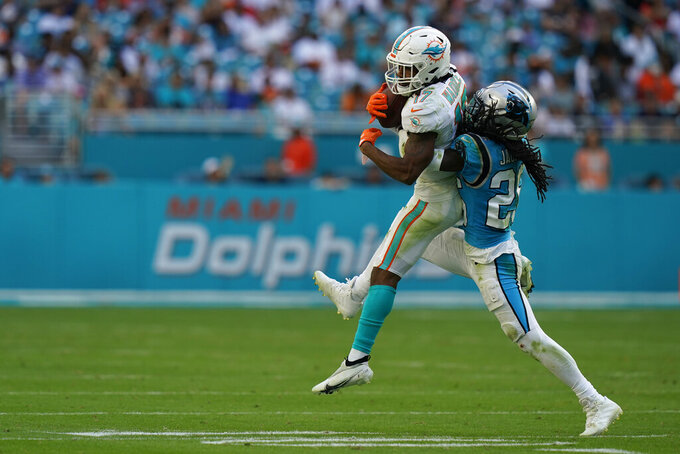 CHARLOTTE, N.C. (AP) — The Carolina Panthers have lost starting cornerback Donte Jackson for the remainder of the season to a groin injury.

It has yet to be determined if Jackson, who is due to become an unrestricted free agent next offseason, will need surgery.

The news on Jackson comes one day after the Panthers announced that running back Christian McCaffrey will miss the remainder of the season with an ankle injury.

Jackson was injured in Carolina’s 33-10 loss to the Miami Dolphins on Sunday. He was in the midst of another solid season with 61 tackles and two interceptions. His 12 interceptions over the past four seasons are the most of any player selected in the 2018 NFL draft class.

Cornerback is one of Carolina's deepest positions and the team still has Stephon Gilmore, C.J. Henderson, AJ. Bouye and Keith Taylor on the roster.