Seahawks surging into playoffs on strength of their defense 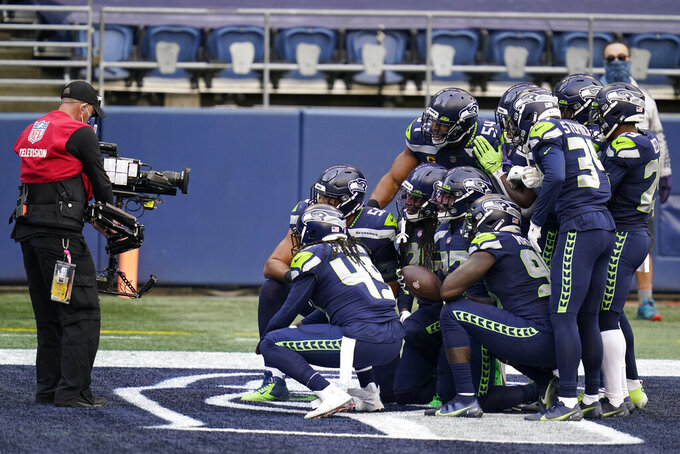 Seattle Seahawks free safety Quandre Diggs (37), center, poses for a photo with teammates after he intercepted a pass against the Los Angeles Rams during the first half of an NFL football game, Sunday, Dec. 27, 2020, in Seattle. (AP Photo/Elaine Thompson) 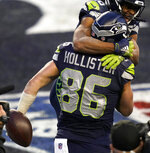 SEATTLE (AP) — In the aftermath of giving up 44 points in a Week 9 loss at Buffalo, Pete Carroll was flustered and discouraged.

Carroll's Seattle Seahawks — known for the past decade for their defensive prowess — had lost a big piece of their identity.

“We were so uncharacteristic, and so off and all that. That was like the final straw,” Carroll said Monday. “We had to make sure that we adjusted, and figured it out and tweaked it and all of that.”

Seattle's defensive turnaround came to completion on Sunday in a 20-9 win over the Los Angeles Rams that wrapped up Carroll's fifth division title with the Seahawks.

For the past seven games, Seattle’s defense has been among the best in the NFL. The Seahawks are giving up 15 points per game, best in the league, and are tied for first in sacks (24), third in total defense and sixth in pass defense during that span.

On Sunday, they limited the Rams to their lowest point total of the season.

“We figured it out,” linebacker K.J. Wright said. “Guys are just starting to be accountable, we’re communicating like no other. To hear the other guys’ voices each and every play is truly special.”

It never looks easy for Russell Wilson when he faces the Rams. He’s usually scrambling to avoid Aaron Donald and the rest of LA's pass rush while still trying to make plays downfield. That’s resulted in some ugly performances, including earlier this season when he was sacked six times, threw two interceptions and had a season-low passer rating of 57.0 in the Week 10 loss.

“There is no fear in that throw. You just believe in it and you shoot it and you let it ride,” Wilson said.

Seattle may end up looking back on its Week 13 loss to the New York Giants with frustration as it could be the reason the Seahawks don’t get the No. 1 seed in the NFC. Seattle needs a win over San Francisco and losses by Green Bay and New Orleans to claim the top 1 seed and a first-round bye.

It was Dec. 29, 2019 when Hollister was stopped on the 1-yard line on the final play of Seattle’s 26-21 loss to San Francisco. The last play of the regular season gave the division title to the 49ers and relegated Seattle to a wild card.

On Sunday, it was Hollister coming free in the same end zone to grab the 13-yard TD pass from Wilson with less than three minutes remaining that clinched the division title.

The Seahawks released veteran defensive tackle Damon “Snacks” Harrison on Monday. It was a strange conclusion to what had seemed to be a completely normal relationship. Harrison had appeared in six straight games for the Seahawks and been in the rotation at defensive tackle. But with Bryan Mone healthy to come off injured reserve, Seattle chose to activate Mone and scratch Harrison for Sunday’s game.

That was not the role Harrison wanted to play going forward. Harrison attempted to explain his decision to ask for his release on social media, and left open the possibility of playing again.

Seattle came out mostly healthy and should be getting cornerback Tre Flowers back this week. He's missed the past month with a hamstring injury.

The Seahawks will face San Francisco in Glendale, Arizona, on Sunday. Seattle beat the 49ers 37-27 in Week 8.