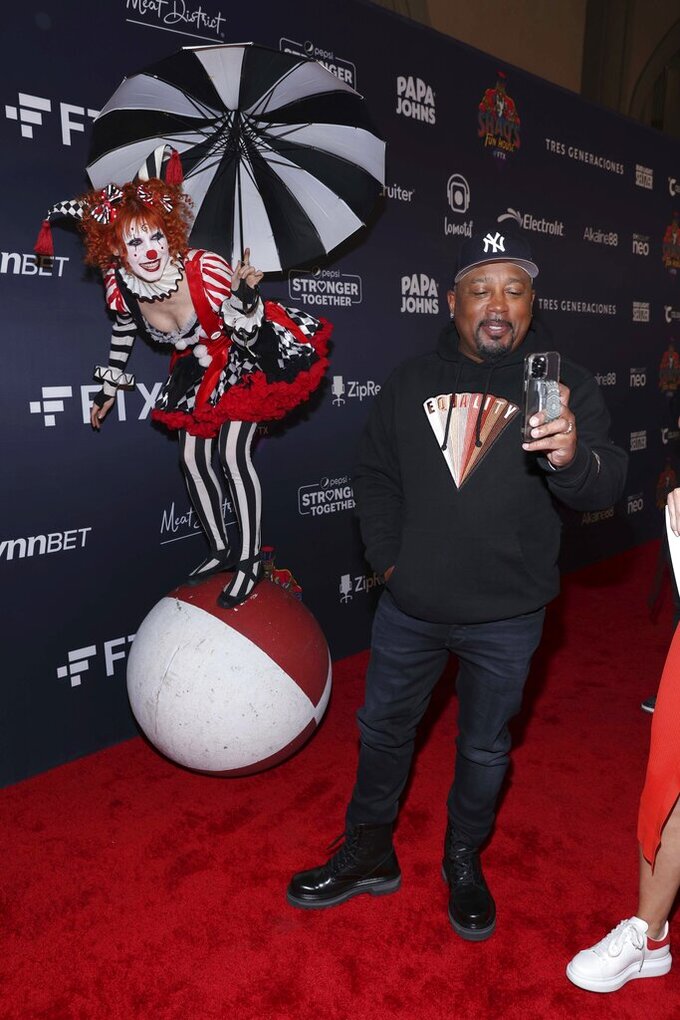 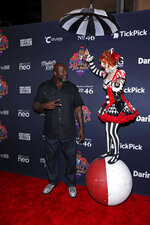 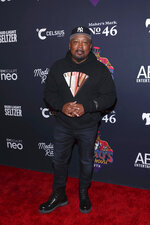 O’Neal hosted his carnival-themed event “Shaq’s Fun House” on Friday night in downtown Los Angeles ahead of the Super Bowl this weekend. The self-proclaimed “best party thrower” lived up to the hype with an outside area featuring several attractions including an 80-foot slide, a human claw machine, a premium open bar, free food, bumper cars and Ferris wheel.

Inside, O’Neal – who moonlights as a DJ Diesel – was one of the featured performers including Lil Wayne, Zedd, Diplo and even the NBA legend’s son, Myles, who spun several records in front of an energetic crowd. The event was filled with several popular entertainers and athletes including Floyd Mayweather, Torey Lanez and Brandon Marshall.

The event was held at the spacious Shrine Auditorium and Expo Hall in a city where O’Neal helped the Los Angeles Lakers win three straight championships.

“I love you L.A. Let’s (expletive) go,” shouted O’Neal, who stood behind a soundboard then played a rendition of Queen’s “We Are the Champions” to represent the championships he helped delivered to the city. He played electronic dance music then weaved in several big records such as Future’s “Way 2 Sexy,” DMX’s “Ruff Ryders’ Anthem” along with Lil Nas X and Jack Harlow’s “Industry Baby.”

Lil Wayne closed out the multihour event performing some of his biggest hits. His hour-long set – which ended after 2 a.m. PT – included classics such as “A Milli,” “Go DJ,” “6 foot 7” and “Lollipop.”

Wayne thanked O’Neal for wanting him to perform at “Fun House.” The rapper then asked the crowd their Super Bowl favorites between the Cincinnati Bengals and Los Angeles Rams, which drew the most applause.

Before the set, O’Neal said he wanted to make more of a splash with “Fun House” than the other parties in the city – especially with his event held in person after it was held virtually last year due to COVID-19 concerns.

The tickets for the sold-out event started at $400 a piece, which included unlimited food and drinks from Los Angeles staples like Roscoe's Chicken and Waffles and Pink's Hot Dogs.

“All the other parties, you just come, you stand around and shake hands,” he said on the red carpet. “You go, ‘Hey Tom, hey Bob, hey Jamal.’ This party is a carnival with rides, favorite restaurants, top restaurants in L.A... Ferris wheel. I paid a lot of money to get this stuff here.”

The investment was certainly well worth it.