WR Keenan Allen out of Chargers opener with hamstring injury 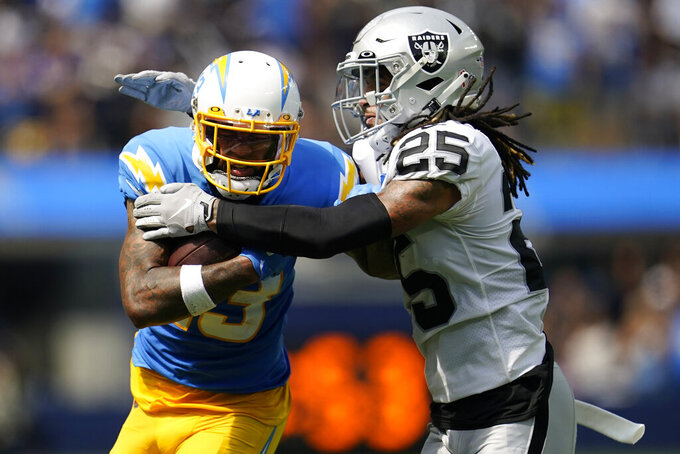 Allen got hurt in the second quarter Sunday against the Las Vegas Raiders. He had four catches on four targets from Justin Herbert for 66 yards before his injury, including a 42-yard gain.

The five-time Pro Bowl selection has been one of the NFL's most productive receivers over the past half-decade. He had 106 catches for 1,138 yards and six touchdowns last season.

DeAndre Carter stepped into the spot usually occupied by Allen in the Chargers' offense, and the veteran newcomer made three catches for 64 yards and a score.