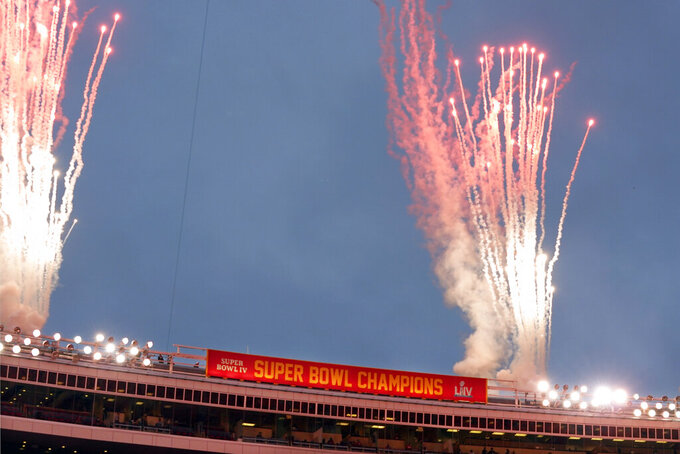 The Kansas City Chiefs' Super Bowl banner is unveiled before an NFL football game between the Chiefs and the Houston Texans Thursday, Sept. 10, 2020, in Kansas City, Mo. (AP Photo/Jeff Roberson)

The Nielsen company said last year's matchup between the Green Bay Packers and Chicago Bears was seen by 22.2 million people.

NBC touted it as the “most-watched sporting event since the Super Bowl.” That's true, although because of COVID-19, there were several months without any live sports on TV. Thursday represented the first day that every major professional sport had games on the same day.

NBC said there was a bump in live streaming of the game. With online added in, viewership was down 11 percent from last year.

Even with a middling Nielsen report from opening night, the return of football is a huge relief for broadcast television networks. The most-watched TV show last week, “60 Minutes,” reached 6.5 million viewers.