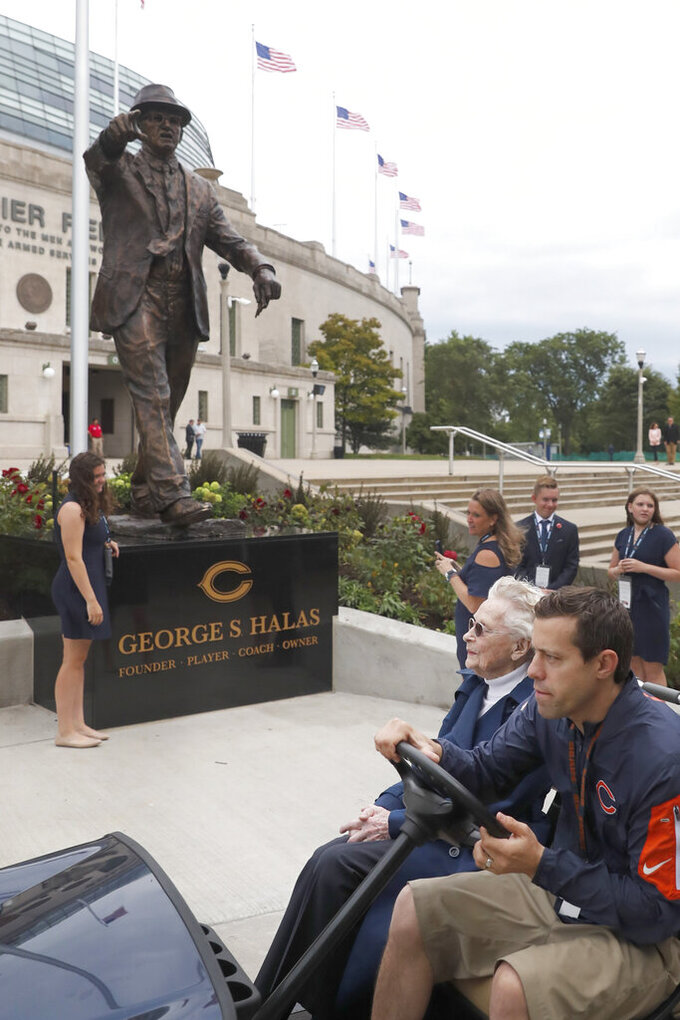 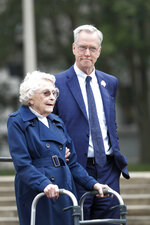 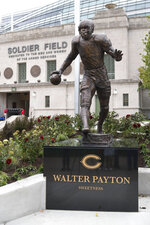 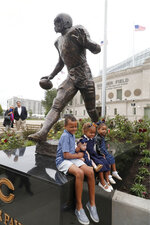 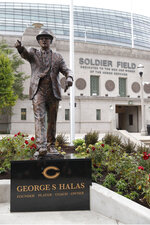 CHICAGO (AP) — The Chicago Bears have unveiled statues of Walter Payton and George Halas at Soldier Field, two days before the team opens the 100th season of the NFL with a home game against the rival Green Bay Packers.

Each 12-foot statue is 3,000 pounds. One shows Payton, the Hall of Fame running back who died in1999 at the age of 45 from cancer, and the other is of Halas, the team's founder, owner and head coach who led the franchise to six NFL titles. Halas died in 1983 at the age of 88.

The fourth pick in the 1975 draft, Payton spent his entire 13-year NFL career with the Bears. He retired following the 1987 season as the league's all-time leading rusher with 16,726 yards.

"I played with 'Sweetness' for nine years," former teammate Dan Hampton said. "Every single day— and every one of the players that are here today and coach Ditka will tell you the same thing — Walter proved why he was not only the greatest player on the greatest team of all time, but he was exemplary in all walks of life."