Ben Watson poised to make most of opportunity with Patriots 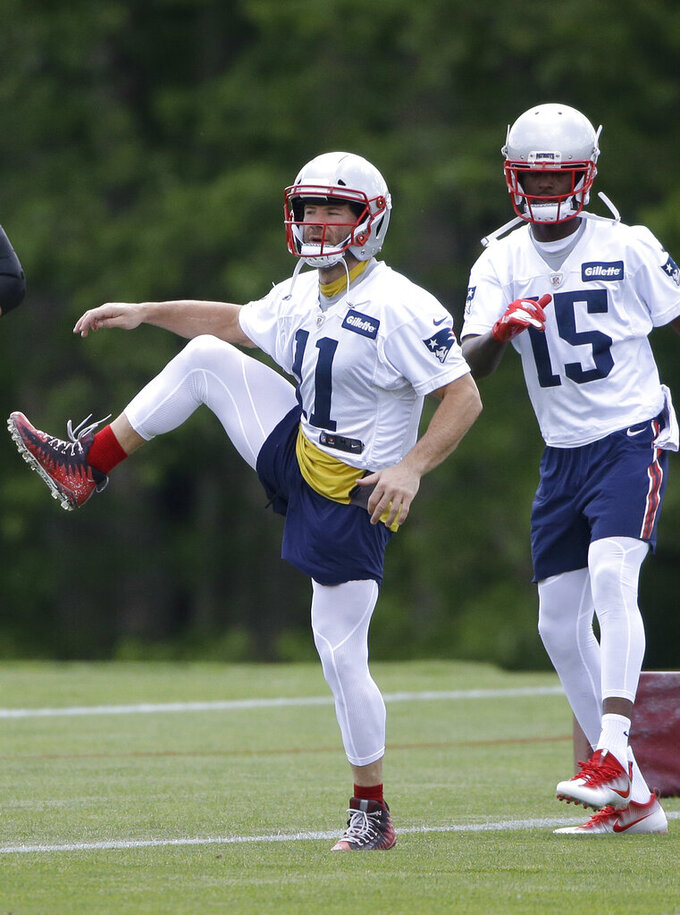 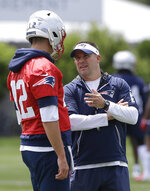 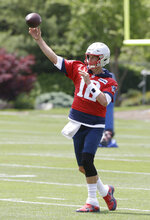 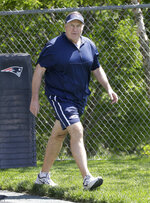 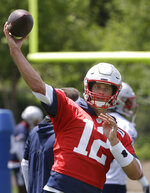 FOXBOROUGH, Mass. (AP) — Ben Watson is at the point of his career in which he doesn't want to take anything for granted.

Not the 15 years the tight end has already played in the NFL with four teams. Not the Super Bowl he won with the Patriots as a rookie in 2004. And certainly not the opportunity to postpone his retirement to return to New England — the franchise that drafted him — despite facing a four-game suspension to begin the 2019 season for testing positive for a banned substance.

But after the 38-year-old completed the first day of the Patriots three-day mandatory minicamp on Tuesday, he said he wants to make the most of this latest chance to prolong his career.

"You never know the road you're gonna take," Watson said. "My wife always says 'Enjoy the journey.' That's something I've tried to do, although I'm very intense. I don't enjoy it all the time as much as I should. But there really is a journey to life as well as to the NFL in general. I'm happy my journey brought me back here."

Watson, who spent last season with the Saints, announced in December that he would retire at the end of the 2018 season after dealing with years of injuries, including a torn Achilles tendon that sidelined him for the entire 2016 season when he was with the Ravens.

He said in a Facebook post last week that in the aftermath of his decision to retire he was prescribed a testosterone supplement by his doctors to help his body begin to heal from the years of football.

Before he could officially file his retirement papers, he said he was randomly drug tested following the end of last season. He was notified of a positive test, but cast it aside because he had no plans to return to football.

That changed in late April when teams, including the Patriots, began to make overtures for him to return. While mulling over the offers, he said he was open about the positive drug test to his potential suitors.

It didn't deter the Patriots, who wound up signing him to a one-year, $3 million deal last month as they continue to look to fill their void created at the position following the retirement of Rob Gronkowski.

It's a new start for Watson, who is entering his second stint in New England after stops in Cleveland, New Orleans and Baltimore.

Despite the impending suspension, he will have a realistic chance to make New England's roster. He began the Patriots' offseason workouts as one of only three veteran tight ends on the roster, joining Austin Seferian-Jenkins, 26-year-old Matt LaCosse and a handful of rookies.

That group thinned out a little more after the team released Seferian-Jenkins on Tuesday.

But Watson said he's not approaching his second stint in New England with thoughts about being Gronk's successor.

"None whatsoever. Every year is a new team, whether a same player in in the same position or not, there's always turnover in the NFL," he said. "So, my biggest thing is always learning what to do and perform to the best of my abilities."

Still, the Patriots are going to need to find somebody at the position that 41-year-old quarterback Tom Brady trusts and is comfortable throwing to in the offense.

Watson is four years removed from his 2015 season with New Orleans in which he caught 74 passes for 825 yards and six touchdowns — all career highs. He appeared in all 16 games for the Saints last season, catching 35 passes for 400 yards and two touchdowns.

He said finding chemistry with Brady is something he will have to rediscover, but that the comfort is certainly there for the two vets.

"There's very few guys I can step on the field with and say, 'Man, I look up to that guy.' I played with one in New Orleans in Drew Brees, a guy that's been in the league a few more years than me," Watson said.

"Obviously coming in as a rookie and walking into a locker room where Tom Brady who was a young Tom Brady then, just four or so years in the league, but he was very accomplished.

"For him to still be on the field is very cool for me. In that I'm still an older guy, but there's still somebody for me to sort of pattern myself after as well."