Chargers looking to address needs on lines going into draft 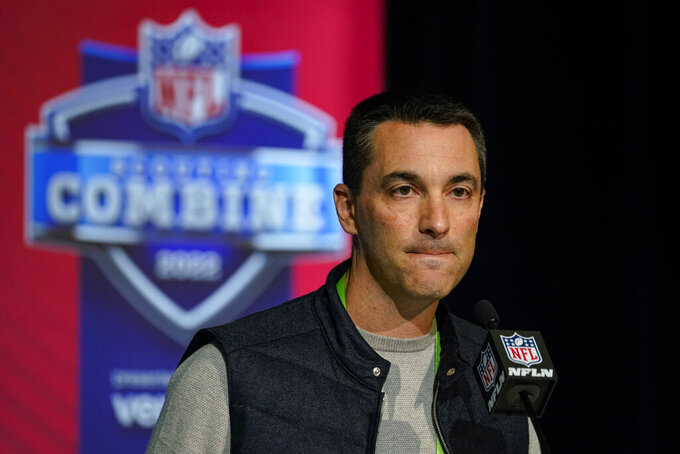 LAST SEASON: The Chargers won four of their first five games under first-year coach Brandon Staley, but won consecutive games only once after their bye week in mid-October. They missed the playoffs for the third straight season after dropping three of their final four games, including the season finale in overtime against the Las Vegas Raiders. Quarterback Justin Herbert was second in the league in passing yards (5,014) and third with 38 touchdown passes en route to making the Pro Bowl for the first time. Los Angeles struggled on defense. It allowed 27 points per game, which tied for third worst in the league. The Chargers were also near the bottom in run defense and third-down conversions. General manager Tom Telesco sent two draft picks to the Chicago Bears for premier edge rusher Khalil Mack, and signed cornerback J.C. Jackson.

OUTLOOK: As much as Telesco likes to publicly eschew the benefits of having a quarterback on a rookie contract, he showed otherwise during the first week of free agency by re-signing Williams, trading to get Mack and signing Jackson to one of the top contracts for an unrestricted free agent. The Chargers have 10 selections, with their biggest needs being to upgrade the right side of the offensive line as well as building depth in the secondary, defensive tackle and linebacker.