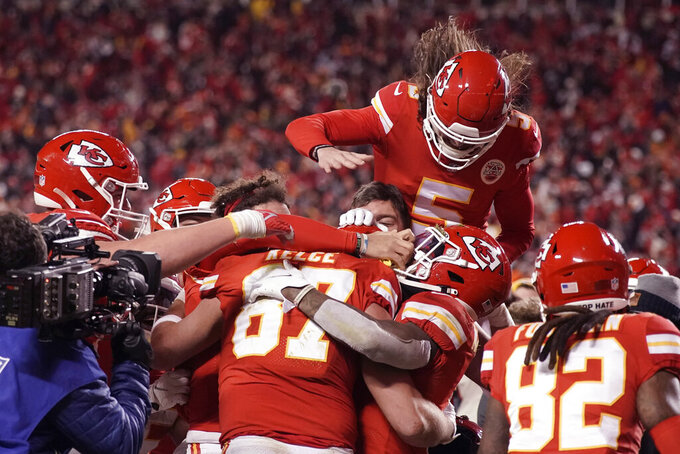 The Kansas City Chiefs defeated the Buffalo Bills 42-36 in overtime on Sunday night to advance to the AFC championship game.

The Chiefs won the coin toss and scored on Patrick Mahomes’ 8-yard touchdown pass to tight end Travis Kelce. Because the Chiefs scored a touchdown on their opening possession, they won the game despite Josh Allen and the Buffalo Bills not getting an offensive possession in the extra period.

Here are the NFL overtime rules for the postseason:

— Play 15-minute periods until a winner.

— A touchdown or safety on the first possession wins the game.

— If the score is tied after each team’s first possession, either because neither scored or each kicked a field goal, the next score will win the game.

— There are no coach’s challenges with all reviews being initiated by the replay official.