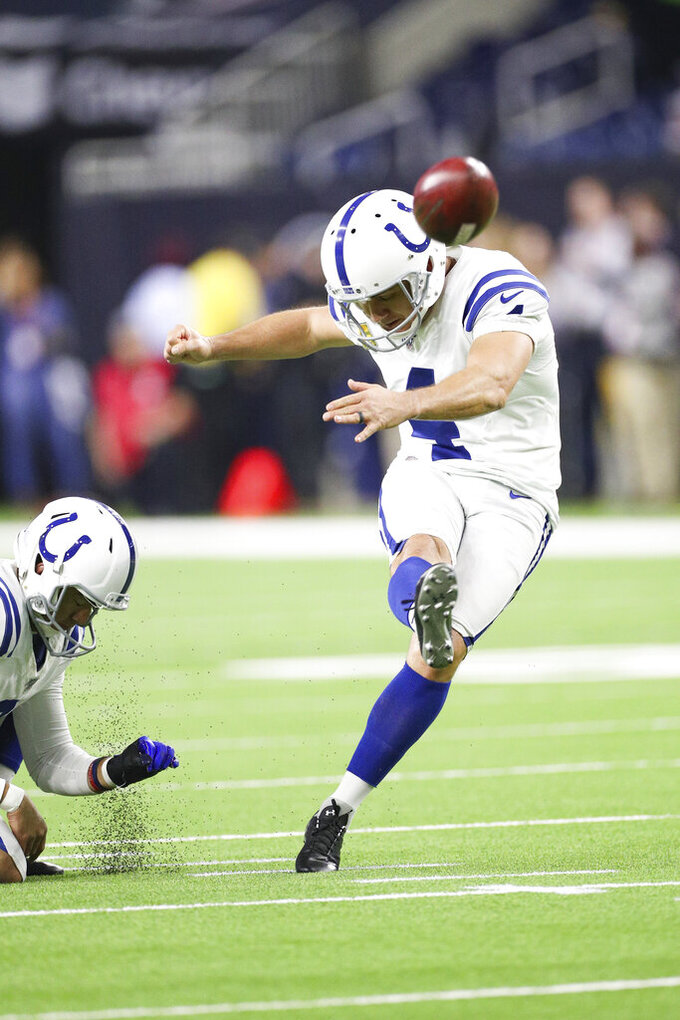 McLaughlin, a rookie from Illinois, has appeared in four games with the Los Angeles Chargers and three with San Francisco this seaoson. He's made 13 of 17 field goals and all 15 extra points.

The 46-year-old Vinatieri, meanwhile, has had one of the worst seasons of his career. He's missed 14 kicks — eight field goals and six extra points. And he missed three field goals in last weekend's 31-17 loss to division rival Tennessee.

The Titans blocked two kicks, returning the second 63 yards for the go-ahead touchdown with 5:02 left in the game.

Colts coach Frank Reich has continued to insist he has complete faith in the NFL's career scoring leader.