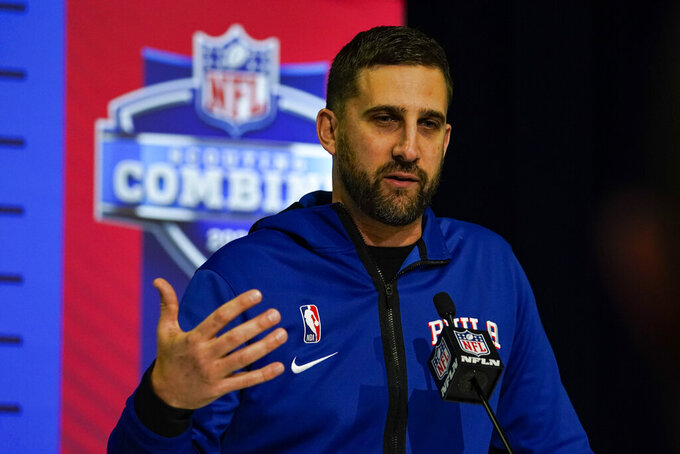 NEEDS: The Eagles reached the playoffs but need to narrow the gap from being an average team to a championship contender. QB Jalen Hurts was a pleasant surprise but that hasn’t stopped Philadelphia from seeking an upgrade. With Russell Wilson going to Denver, the Eagles can build Hurts or pursue Deshaun Watson. It’s unlikely they will make a big splash in free agency but have to fill voids in the secondary and improve at linebacker. They have depth on the offensive line and three first-round picks to use as trade bait to give Hurts more weapons on offense.