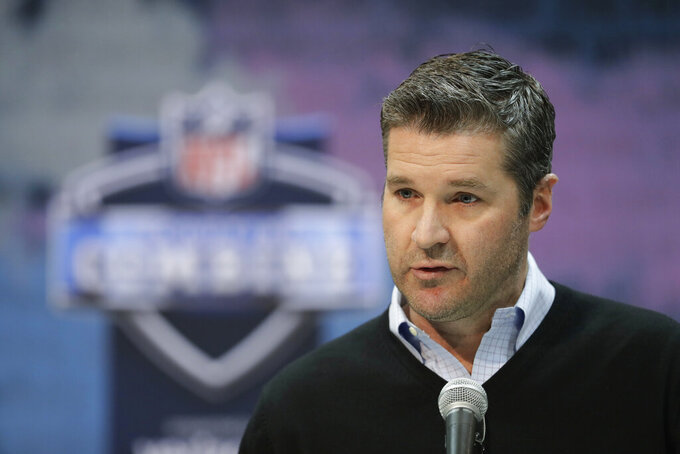 HOUSTON (AP) — The former security coordinator for the Houston Texans has filed a discrimination complaint with the Equal Employment Opportunity Commission, alleging his firing by the team was racially motivated.

Jeff Pope, who worked for the team for nearly three years, was dismissed last month. The 11-page complaint was provided to The Associated Press by his attorney, N. Lucy Chukwurah. In it, Pope alleged that former Texans general manager Brian Gaine unjustly initiated the firing of Pope and eight other black employees during his 17 months on the job.

Gaine was abruptly let go last week . The Texans said his dismissal was unrelated to Pope's claim, but spokeswoman Amy Palcic said the team would not comment specifically on pending litigation. Palcic added: "The Houston Texans do not tolerate personal or professional discrimination of any kind."

This has been a tumultuous offseason for the team's front office. ESPN.com reported this week the Patriots had filed tampering charges against the Texans for illegally contacting New England director of player personnel Nick Caserio for their GM vacancy.

According to the report, the Patriots complained after Texans executive vice president of team development Jack Easterby, a former Patriots chaplain, attended the team's Super Bowl championship ring ceremony at the home of owner Robert Kraft. The Texans fired Gaine the next day.