Gut punch for the A-T-L: Freeman, Ryan both depart 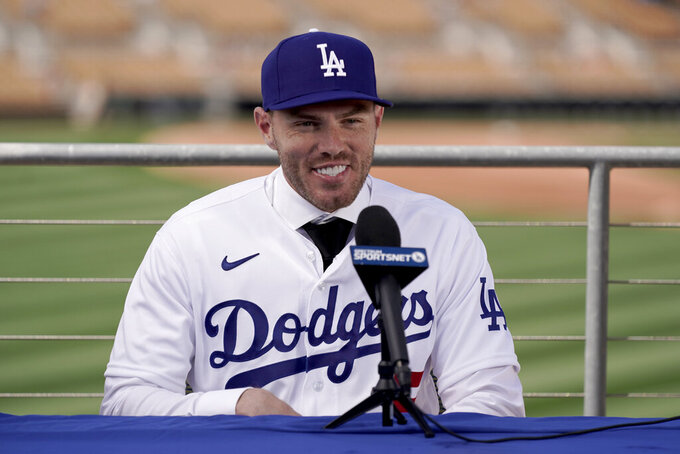 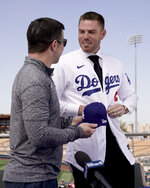 In the space of an extraordinary week, two of the city's most beloved sports figures — Freddie Freeman and Matt Ryan — were gone.

Freeman departed first, his hopes of playing an entire career with the World Series champion Braves dashed by contract negotiations that went awry.

Then came Ryan, traded by the Falcons on Monday for a piddling third-round draft pick after the NFL team's clumsy attempt to line up his successor at quarterback blew up in its face.

A pair of MVPs with a combined 26 seasons between them will now take the field against the A-T-L.

It will be strange, indeed.

“The first day, obviously, was kind of a shock,” Braves reliever Will Smith said after reporting for spring training with No. 5 no longer around.

“You’re never going to replace a guy like Freddie. He was a stud. I mean, he was a professional’s professional and he got it done every day. But it is a business. We’re going to have to move on.”

Ryan spent 14 seasons as the Falcons' QB, a model of consistency who can make a pretty strong case as the team's greatest player ever.

He certainly came along at just the right time, the skinny kid out of Boston College who steadied a franchise that had been rocked by Michael Vick's dogfighting conviction and Bobby Petrino's abandonment of the head coaching position after just 13 games.

The very first pass of Ryan's professional career was a 62-yard touchdown to Michael Jenkins. When he led an improbable comeback victory over the Chicago Bears, it was clear this rookie was something special.

Freeman also had “it," stepping up to become the face of the Braves after the last link to the franchise's greatest era, Chipper Jones, faded into retirement.

Freeman was called up from the minors in 2010 and was just 21 when he took over as the starting first baseman the following season. He showed his commitment to the organization by signing an eight-year contract right as the Braves were beginning a painful rebuilding job.

By 2018, with Freeman surrounded by a new group of young stars, the Braves were back on top of the NL East.

Last season, they won their first World Series title in 26 years, with Freeman playing a starring role in the postseason and, appropriately enough, catching the final out of their championship-clinching victory in Houston.

Freeman made it clear that he wanted to stay with the Braves, which made it all the more jarring last week when the team suddenly announced a trade for another first baseman.

Atlanta dealt four of its top prospects to the Oakland Athletics for Matt Olson, who was quickly signed to the biggest contract in franchise history — an eight-year, $168-million package.

By all accounts, Freeman was as shocked as anyone. With the Braves no longer an option, the free agent agreed to a six-year, $162 million contract with the Los Angeles Dodgers.

It was clear he never really expected to leave the Braves.

“I had no idea that was going to happen, anything like that,” Freeman said while being introduced as the newest member of the Dodgers. “When I got told, my emotions were all over the place. I couldn’t really speak for a couple of hours, trying to figure out what was going on.”

Even without Freeman, the Braves still look like one of baseball's top teams.

In addition to locking up a worthy replacement at first base — Olson was an All-Star who belted 39 homers with 111 RBIs last season — they signed the Dodgers' long-time closer, Kenley Jansen, and brought back postseason hero Eddie Rosario.

The outlook for the Falcons in the post-Ryan era doesn't look nearly so promising.

This team has never seemed to fully recover from blowing a 28-3 lead in the 2017 Super Bowl. Even with Ryan, they've endured four straight losing seasons.

With huge salary cap issues and plenty of holes to fill, the Falcons bafflingly made a pitch for quarterback Deshaun Watson. They looked like the favorite for the Georgia native when he narrowed his choices to the Falcons and the rival New Orleans Saints, only to have Watson change his mind and agree to a mammoth deal with the Cleveland Browns.

Instead of getting Ryan's successor, the Falcons wound up looking downright foolish.

There was no way Matty Ice was staying in Atlanta after such a public humiliation, allowing the Indianapolis Colts to pluck him away for a single, second-day draft pick.

By Tuesday, he was already in Indy, holding up his blue No. 2 jersey.

Back in Atlanta, the Falcons are in a full-scale rebuilding mode, having signed first rounder-turned-journeyman Marcus Mariota as their new quarterback.

“This business is not without its difficult decisions," Falcons owner Arthur Blank said. “While this is one of the most difficult decisions we have faced as a club, we feel it is in the best long-term interests of both the Atlanta Falcons and Matt Ryan.”

Still, it was all rather hard to process. Ryan, a Philadelphia native, put down serious roots in Atlanta with his wife, Sarah, and their twin sons, nicknamed the “Ice Cubes.”

“I’m not crying, you’re crying,” Sarah Ryan wrote on Twitter. “Forever thankful for this team, fan base and city!”