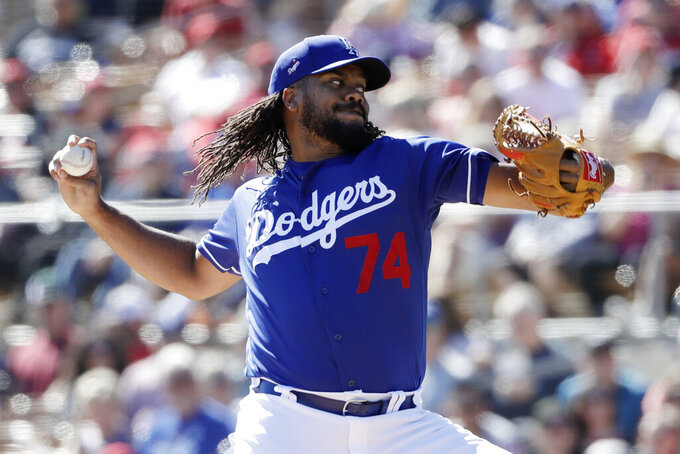 Jockey Flavien Prat has tested positive for COVID-19 after riding in Kentucky.

Del Mar officials said Prat was tested Sunday in La Jolla and was told shortly thereafter he had a positive result.

The 27-year-old jockey had been scheduled to ride eight horses at Del Mar on Sunday, but was removed from those mounts. He was in Kentucky to ride a day earlier.

Prat, a three-time leading rider at Del Mar, is quarantining at home for at least 10 days.

Del Mar requires all riders traveling from other locations to be tested before being able to ride at the seaside track north of San Diego.

Hall of Fame jockey Victor Espinoza is isolating at home after testing positive for COVID-19 on Friday.

The Arizona Cardinals say owner Michael Bidwill has been released from a Rhode Island hospital after testing positive for COVID-19 last week.

The team revealed on Friday that the 55-year-old Bidwill was in the hospital with the virus.

Bidwill said in a statement that he “learned first-hand just how serious COVID-19 is.”

He added that his “immense appreciation for all those on the front lines of this pandemic has only increased and I am particularly grateful to the tremendous nurses and doctors at Newport (R.I.) Hospital.”

Bidwill had been working remotely since the Cardinals’ facility was closed in March. He tested positive for the virus while traveling on the East Coast.

The team says he has not had direct contact with Cardinals players or coaches.

Jansen was in camp Sunday and says he’s “doing great and better now.” He expects to be ready for the season opener on July 23.

Jansen says family members also had coronavirus, but they have since recovered.

The protocols accompanying that situation caused Lauer to arrive late to the Brewers’ summer camp. He made it to camp Friday, nearly a full week after the Brewers’ first full-squad workout. Brewers manager Craig Counsell said Lauer still has a chance to be ready for the start of the season.

Lauer is on the injured list with both shortstop Luis Urias and pitcher Angel Perdomo. Counsell says Urias and Perdomo have tested positive but are asymptomatic.

Lauer went 8-10 with a 4.45 ERA for San Diego last year before coming to Milwaukee in a Nov. 27 trade that also included Urias.