Mickelson, Brady to face DeChambeau, Rodgers in The Match 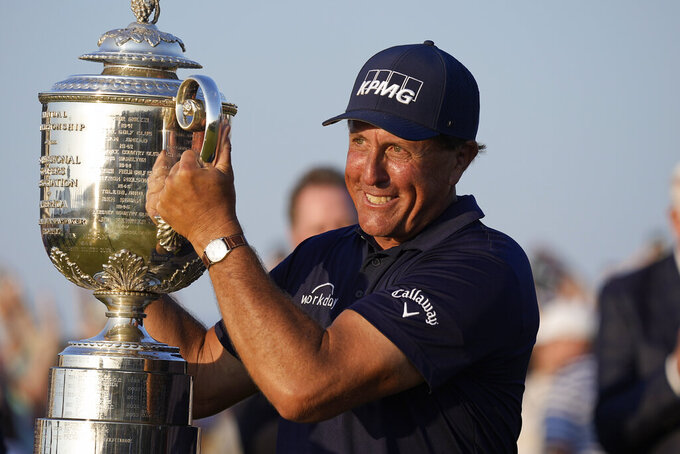 HELENA, Mont. (AP) — The next edition of The Match will feature PGA stars Phil Mickelson and Bryson DeChambeau along with NFL quarterbacks Tom Brady and Aaron Rodgers.

The celebrity fundraising competition will be held at the Reserve golf course at Moonlight Basin in Montana on July 6 and will be televised on TNT starting at 5 p.m. EDT, Turner Sports announced Wednesday.

Players will have open mics and will be able to talk with other players and the commentators during the modified alternate shot match play event, which will raise money for Feeding America and other charities.

Mickelson won the inaugural edition of The Match against Tiger Woods in Las Vegas in 2018.

Mickelson and Brady lost the second event to Tiger Woods and Peyton Manning in May 2020. But in November, Mickelson and former NBA star Charles Barkley upset three-time NBA champion Stephen Curry and Manning, who will be inducted into the Pro Football Hall of Fame in August.