Murray doesn't run, but shines as a passer at Pro Day 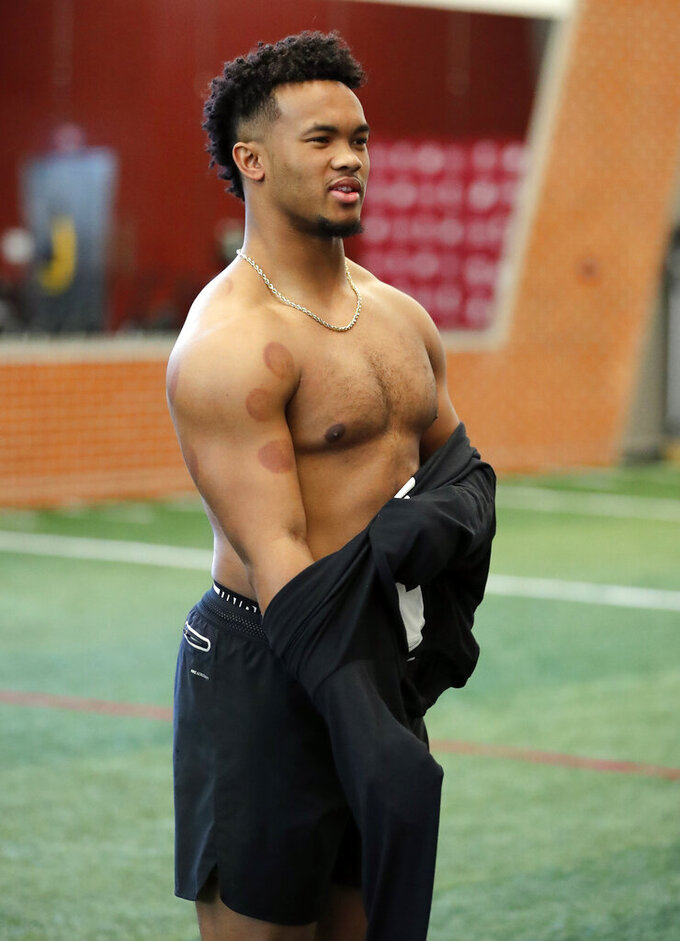 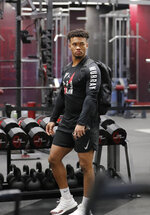 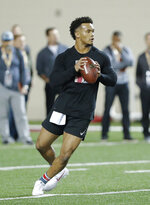 The people around him figure it's common knowledge he has blazing speed, so the Heisman Trophy-winning quarterback chose not to run Wednesday in front of NFL scouts.

"For him, it was just a matter of, it didn't make sense to run and do all those things," Oklahoma coach Lincoln Riley said. "He's athletically so far beyond anything in this game and anything in that league either at that position. I mean, honestly, there's no point to it."

Murray said he would have expected to run something in the 4.3-second range.

"I'm pretty confident in my abilities as far as running," he said. "I think the film kind of speaks for itself. I'd love to get out there and run, but it's just not as necessary. I just don't think it's necessary for me. That's just the decision we came up with."

He threw well enough to add to the buzz that he might be worthy of going No. 1 overall in next month's draft. He made 66 throws and was impressive enough to get a meeting with the New York Giants afterward. The Giants have the sixth pick. Arizona currently holds the top pick.

"It was a very, very strong performance," Riley said. "No question about it. You go travel to any Pro Day anywhere you want to, you're not going to see another throwing performance like that. It was really strong."

NFL Network's Charley Casserly, a former executive with the Washington Redskins and Houston Texans, last month said Murray fared poorly during interviews at the NFL scouting combine. On Wednesday, Murray said he never heard the comments, but did hear from several teams that were impressed.

"I felt amazing leaving the combine," he said. "I thought every meeting I had went well. Didn't have any — at least to my face, nobody was negative. I had fun with it. It was a great experience."

He took care of concerns about his height at the combine, where he measured at just over 5-foot-10. He weighed in at 205 pounds on Wednesday.

Size appears to be less of a concern than in the past, thanks to success of shorter players such as Russell Wilson and Drew Brees.

"People now are not scared to draft somebody that 10 years ago would have been too short," Riley said. "You're seeing (shorter) guys have success, and I think they're starting to pay more attention to skill sets than actually how tall a guy is. How many 6-5 quarterbacks have been drafted throughout the years that can't play dead?"