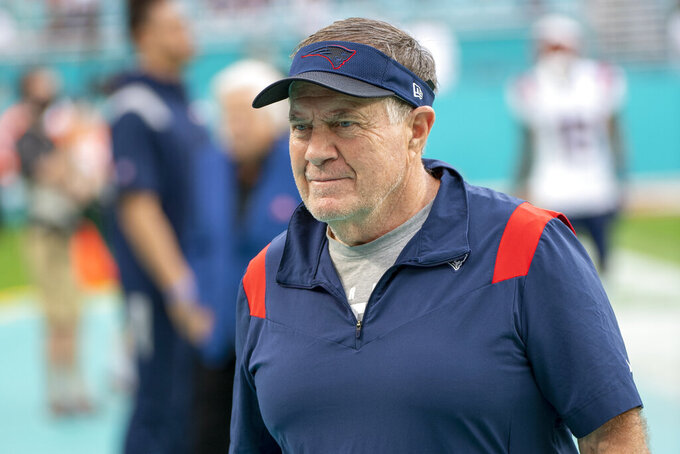 FILE - New England Patriots head coach Bill Belichick walks on the sidelines before an NFL football game against the Miami Dolphins, Sunday, Jan. 9, 2022, in Miami Gardens, Fla. The Patriots spent heavily in free agency last offseason and got great production in return from new additions. It helped get New England back to the playoffs after a one-year absence. (AP Photo/Doug Murray, File)

NEEDS: The Patriots hinted at their offseason priorities by not placing a franchise tag on Jackson and releasing Van Noy. Both were big parts of their defensive success last season, but New England’s cap room is tight. With the contracts of linebackers Bentley, Collins and Hightower also up, the Patriots will likely explore the open market in search of younger talent that won’t break the bank. Finding quarterback Mac Jones dependable pass catchers in Year 2 is also paramount for his continued development. So receiver figures to be a focal point for a second straight offseason after just one WR (Kendrick Bourne) caught at least five TDs and only two (Bourne and Meyers) produced at least 500 yards receiving in 2021.