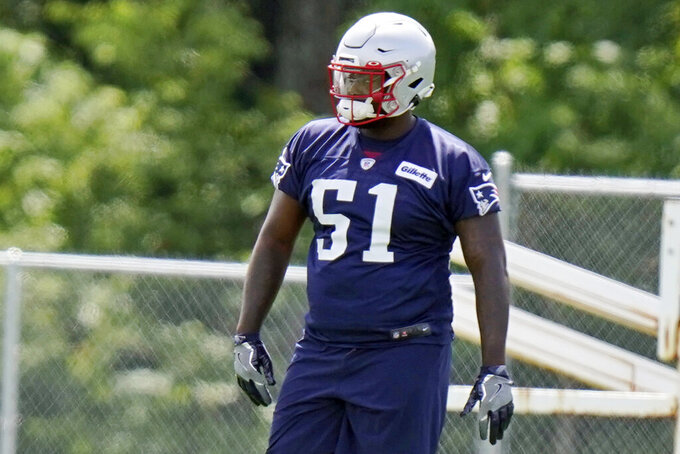 FOXBOROUGH, Mass. (AP) — The Patriots have signed defensive lineman Christian Barmore to a rookie contract and have now reached deals with their entire 2021 draft class.

Barmore's agent, Klutch Sports' Nicole Lynn, posted a photo of him signing the new contract on Twitter on Wednesday.

A second-round pick out of Alabama, New England is hoping the 6-foot-5, 310-pound Barmore can be a key cog in helping it revamp a run defense that allowed 2,103 yards last season, which ranked 26th in the NFL.

Barmore had a team-high eight sacks for the Crimson Tide in 2020 and earned defensive MVP honors in Alabama’s national championship win over Ohio State.