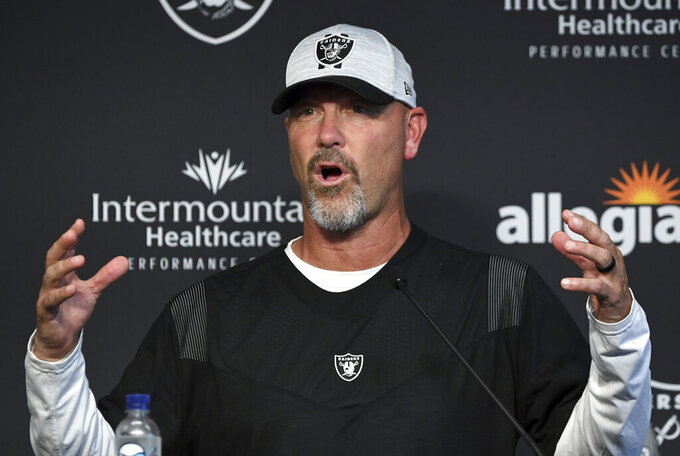 Reich has replaced both of his coordinators since Indy's playoff loss at Buffalo in January 2021. Former offensive coordinator Nick Sirianni took over as head coach of the Philadelphia Eagles last offseason.

Indy knows what it's getting in Bradley, who has 32 seasons of coaching experience — most recently last season as defensive coordinator of the Las Vegas Raiders.

The 55-year-old coordinator has built his reputation on constructing some of the league's finest defenses, even in Jacksonville where he went 14-48 in four seasons as head coach. In Indy, he has a solid foundation led by three Pro Bowlers — defensive tackle DeForest Buckner, linebacker Darius Leonard and cornerback Kenny Moore II.

After the Jags fired Bradley following the 2016 season, he spent four seasons with the Los Angeles Chargers. There, the Chargers' pass defense ranked among the NFL's top 10 each season and the unit finished in the top 10 in total defense each of his final three seasons with the organization.

But it was his four seasons in Seattle that put Bradley in the spotlight. He assembled the Seahawks' defense, which became known as the “Legion of Boom” and led the franchise to its first Super Bowl title.

Bradley started his NFL career in Tampa Bay as the defensive quality control coach in 2006. He spent the next two seasons as the Buccaneers linebackers coach in 2007 before heading to Seattle.