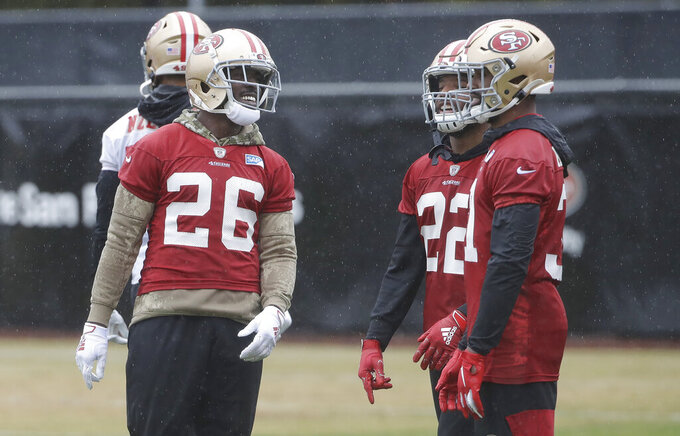 SANTA CLARA, Calif. (AP) — 49ers running back Tevin Coleman was carted off the field in the second quarter of the NFC championship game Sunday with a right shoulder injury and was listed as out for the remainder of the game.

Coleman came up hurt at the end of a 4-yard run and left the game at the 9:32 mark of the second quarter against the Green Bay Packers after being tackled by safety Adrian Amos. San Francisco scored a touchdown the next play to take a 17-0 lead, a 9-yard run by Raheem Mostert for his TD rush of the game.

Coleman, who hurt his elbow last week in a win over Minnesota but ran for 105 yards and two scores, had six rushes for 21 yards when he left.

Packers safety Adrian Amos injured his pectoral muscle in the first half and was ruled out, then Green Bay lost cornerback Jaire Alexander to a thumb injury in the third quarter.