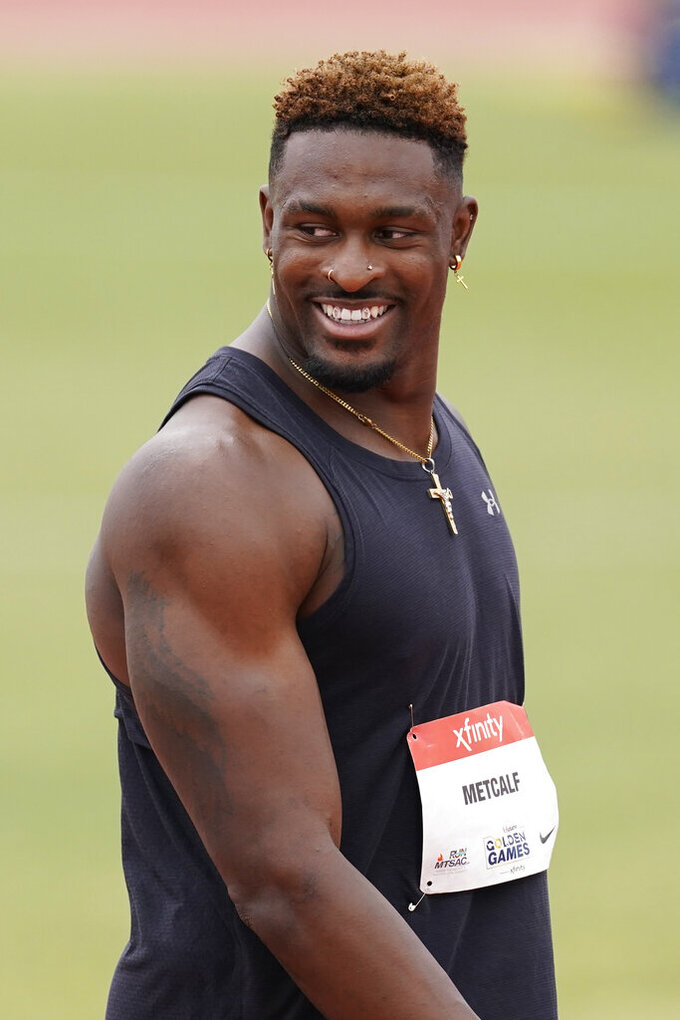 RENTON, Wash. (AP) — DK Metcalf impressed many around the NFL when the big Seattle Seahawks wide receiver clocked 10.37 seconds in the 100 meters at the USA Track and Field Golden Games last week in Southern California.

“I thought it was a marvelous challenge that he took on,” Carroll said after the Seahawks' rookie minicamp Saturday. “DK is a very special individual, and it would take a special person to even think about doing that, even consider the thought of doing that.”

Metcalf finished ninth out of nine in his qualifying heat, but his respectable time earned the respect of sprinters who were out to prove that track speed was far different from football fast.

Wearing earrings and a gold necklace, Metcalf burst out of the blocks in fine fashion. He wasn’t left behind, either, and pretty much kept in the mix until the finish line. The winner of his heat was Cravon Gillespie, who finished in 10.11 seconds.

Carroll said Metcalf had mentioned the idea to him a while back and viewed the whole endeavor as Metcalf's way of trying to improve his speed for football activity.

“I saw it as a competition, a competitive guy, went after it, figured out how to pull it all together, and then then he gets there and he looks marvelous. I mean, he looked awesome,” Carroll said.

Carroll said he watched the race with his family and within a few minutes was out in the driveway setting up cones for his grandkids to race.

“Most of all, I think it’s his vision to see the challenge, go after it, and then pull it off, and then also be very humble and respectful about it,” Carroll said. “I was really really proud of him.”