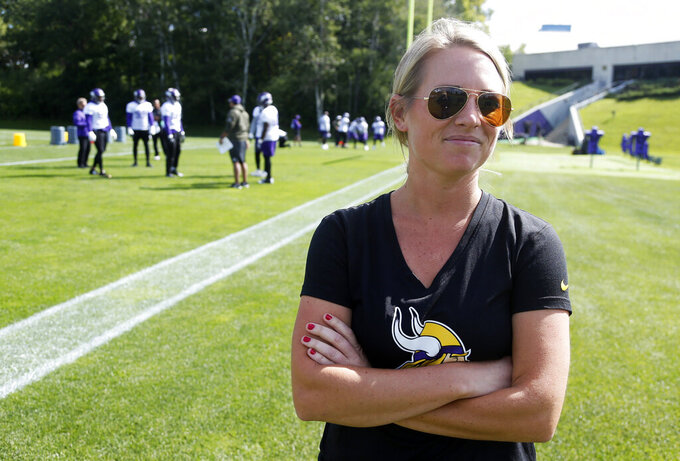 Kleine, who worked with Broncos first-year general manager George Paton for nine years in Minnesota, will have scouting duties and manage several departments, the team said.

The Broncos said Kleine will “be involved in all aspects of the Broncos' personnel department, including player evaluation, NFL Draft/free agency preparations and day-to-day football administration.”

Paton called Kleine “a rising star in the NFL."

“Having worked with her for nine years in Minnesota, Kelly has a strong understanding of all aspects of football operations and player evaluation along with outstanding leadership qualities,” Paton said. "She will be a tremendous resource with her experience on the pro and college sides as well as her knowledge of our grading scale and football calendar.”

Kleine most recently served as the Vikings' manager of player personnel/college scout from 2019-20.

A native of Sheboygan, Wisconsin, Kleine began her NFL career as a public relations intern with the Vikings in 2012 and was a scouting administration intern the following year.

A 2013 graduate of the University of Minnesota, Kleine was promoted to scouting assistant in 2014 and served as the Vikings' college scouting coordinator from 2015-18.