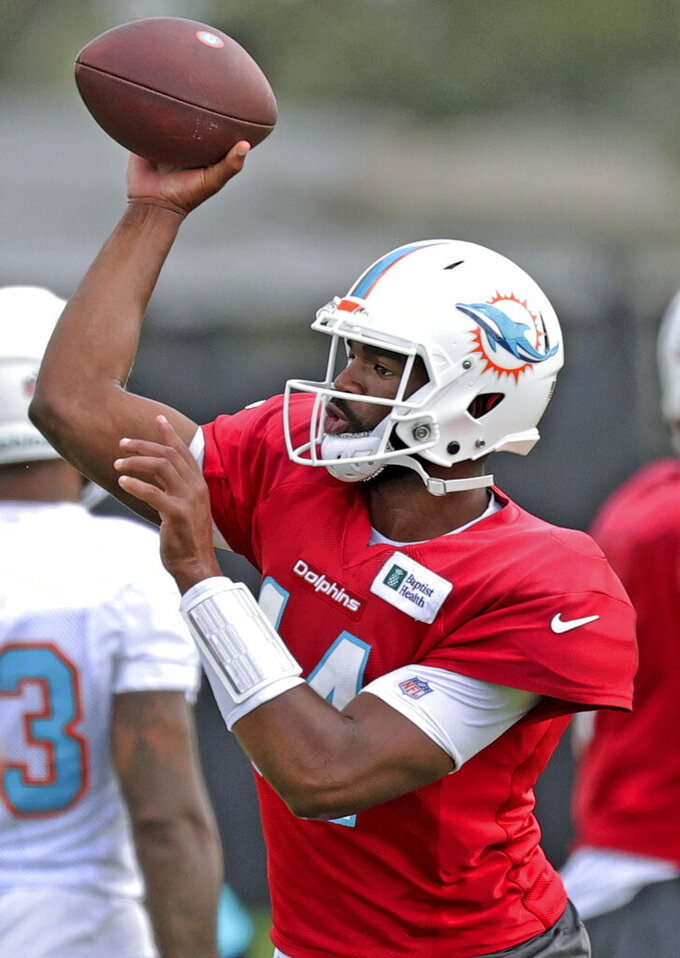 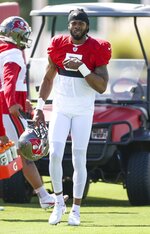 TAMPA, Fla. (AP) — Under ideal circumstances, Richard Sherman would be making his debut for the Tampa Bay Buccaneers this week against the Miami Dolphins.

The defending Super Bowl champions signed the three-time All-Pro cornerback to bolster an injury-riddled secondary on Sept. 29, with no intentions of rushing the 33-year-old into the lineup.

Five days and three practices later, Sherman not only started but played 58 of 59 snaps in a 19-17 victory at New England.

So much for easing back into the job after missing most of last season with San Francisco because of injuries.

“The plan was to play as long as you could and then get a sub ... and kind of rotate back in,” Sherman said, noting the plan was scrapped when cornerback Carlton Davis left early with a quadriceps injury.

“Once they told me I was going to play the whole game, then I started getting into energy-conservation mode throughout the game,” Sherman added. “You hate to say you saved some for the swim back, but it was like: 'You don’t have a choice at this point because I don’t know exactly what I have for the rest of the game.’”

Sherman, who leads active NFL players with 36 interceptions, finished with seven tackles, a fumble recovery and a pass interference penalty.

Coach Bruce Arians lauded the performance, and the former Seahawks and 49ers cornerback's new teammates were impressed, too.

“But I think if you look at his career, I don’t know if anybody was really surprised by that,” receiver Chris Godwin said. “He’s such a cerebral player, and I think that really showed.”

Sherman was much more critical of himself, vowing to be better Sunday against the Dolphins (1-3), who have struggled to run the ball and no doubt will test a beleaguered secondary that’s allowed the most passing yards in the league through four games.

“To me, you’ve got a standard that you’re used to playing at, and I didn’t play up to my standard,” Sherman said. “So, regardless of the circumstances, I was frustrated when I watched the tape.”

With Tua Tagovailoa out at least one more game with fractured ribs, Jacoby Brissett will start at quarterback again for the Dolphins, who are facing Tom Brady for the first time since the former Patriots quarterback left the AFC East and joined the Bucs (3-1).

With opponents once again finding it difficult to run against Tampa Bay, which led the NFL is rushing defense the past two seasons, the Bucs anticipate Miami trying to attack them through the air.

After all, the Dolphins are averaging just 78.31 yards per game on the ground, 28th in the league.

The Bucs are yielding a league-low 2.7 yards per rush.

“It’s a good run defense. I understand why some teams don’t do it. If you want to run through a brick wall, feel free,” Dolphins coach Brian Flores said.

Miami’s league-leading streak of 26 consecutive games with at least one takeaway lives on, though only because Indianapolis fumbled a punt. It’s, by far, the NFL’s longest current takeaway streak; Dallas’ run of 11 such games entering this week is currently the second longest in the league. The Bucs had four turnovers in Week 1 against Dallas and only one since, none in their past two games. They’ll try to tie the franchise record of three consecutive no-turnover games this week, done by the Bucs only once before — in Games 13, 14 and 15 last season.

Brady has beaten the Dolphins 23 times and thrown for 8,185 yards and 67 touchdowns in 35 regular-season games against Miami. He won six Super Bowl titles while he was with the Patriots, who were 6-6 against the Dolphins the season immediately following the championship years.

With receiver-returner Jakeem Grant now traded to Chicago — he was sent there Tuesday for a 2023 sixth-round pick — the Dolphins will be using a new returner on punts and kickoffs this week. WR Jaylen Waddle is the obvious front-runner for the job. He averaged 20.1 yards on 47 combined kickoff and punt returns in his college career at Alabama. Grant’s departure means the Dolphins now have only two players left who were drafted by Miami in 2017 or earlier; DeVante Parker was selected in 2015 and Xavien Howard in 2016.

The Dolphins play Tampa Bay this week and head to London to face Jacksonville next week. It’s the first time in Dolphins history that they’ve faced their Sunshine State rivals in consecutive weeks. The Bucs and Jags don’t face off this season.