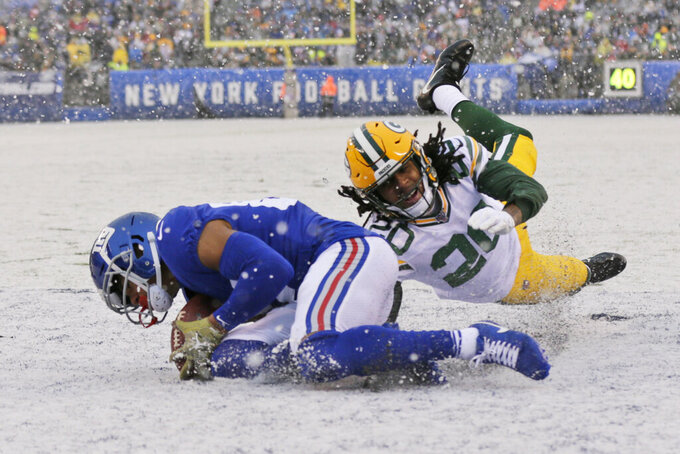 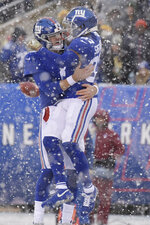 The co-owners have to be as unhappy as their fans with what is happening on the field.

Few expected the Giants to make the jump from bad team to contender in the second season with Shurmur running the team and Gettleman providing the talent. They went 5-11 in 2018, two more wins than the previous season. The hope might have been for a .500 season with a young and upcoming roster.

What has happened has been a major disappointment.

Heading into the final quarter of the schedule, the Giants (2-10) have the NFL’s second-worst record. They are riding an eight-game losing streak, tied for the second worst in the history of a franchise that dates to 1925.

A loss at Philadelphia next Monday night would tie the franchise record set at the start of the 1976 season. Coach Bill Arnsparger lost his job after seven games that year. It also set in motion an internal power struggle that ended with the arrival of George Young as the general manager three years later.

Mara and Tisch have not spoken publicly about the team since training camp.

“We need to win some games,” Mara said in August. “I want to feel like at the end of the season we’re moving in the right direction. I’m not going to say it has to be a minimum number of games that we have to win, or we have to make the playoffs. I want to feel when I’m walking off the field after the last game of the season, whenever that is, that this franchise is headed in the right direction.

“That’s, to me, the most important thing.”

Mara is known for his impatience and not taking losses well. He also understands decisions have to be made now with future success in mind.

Bottom line: This is a young team that is not winning. It is making mistakes and youth might be the reason for that. At this point, however, players should be catching on. They aren’t, and that’s a problem for Shurmur and his coaching staff.

The positive is the players like Shurmur. They play hard for him and keep games close. They just don’t win.

That’s the dilemma the co-owners face. Do you hang with Shurmur for another year or hire a coach who is going to minimize the mistakes?

In 2004, Mara and Tisch hired no-nonsense Tom Coughlin and he delivered Super Bowls after the 2007 and ’11 seasons.

The Giants. Eight losses in a row say it all.

Julian Love. The rookie safety got first start with Jabrill Peppers (back) out. He had seven tackles and a forced fumble. His best play was an open-field, third-down tackle on Jamaal Williams in the flat early in the third quarter.

New York’s defensive front seven. Packers quarterback Aaron Rodgers had all day to throw. He finished with four touchdown passes. He was not sacked and was hit twice on 33 attempts.

Rookie quarterback Daniel Jones tweaked an ankle but expects to practice this week. Placekicker Aldrick Rosas hurt a shoulder making a tackle but it does not appear to be serious. Rookie cornerback Corey Ballentine is in the protocol after sustaining his second concussion.

Get ready to go to Philadelphia for a Monday night game. A highlight in this dismal season would be playing the spoiler and beating the Eagles.