Report: NFL excels in racial hiring, but teams must improve 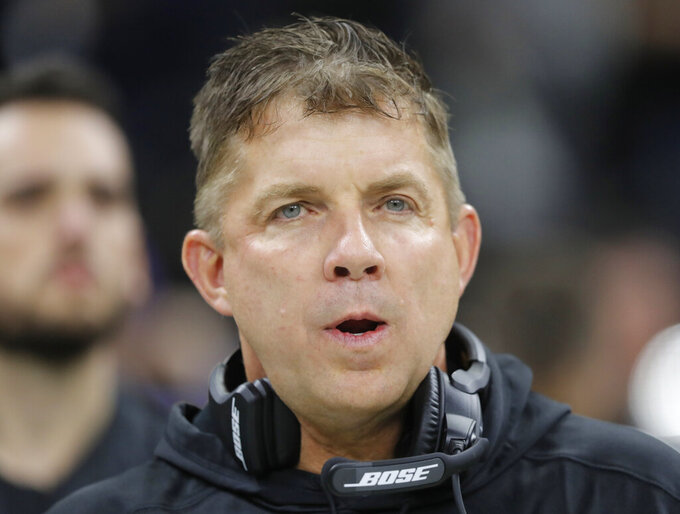 While the NFL office continues to receive high grades for its racial hiring practices, a diversity report shows there are still major strides needed at the team level.

While the study's author Richard Lapchick said the league's grade for racial hiring was "impressive," he cautioned that the league's 32 teams simply need to do a better job of hiring people of color.

"It shows that across the league, particularly from the commissioner's office, that there's an attempt to have a strong base for diversity," Lapchick said. "But the league is way ahead of the teams, particularly in (hiring at) senior level positions for women and people of color."

The study found that of the 32 general managers, only four — or 12.5 percent — are people of color. Lapchick said that doesn't adequately reflect a league whose players are made up predominantly (72.6 percent) of people of color.

The TIDES report was based on the 2018 season, so it was completed before five coaches of color were fired in the days after the season. That leaves only three coaches of color in the NFL currently — Los Angeles Chargers' Anthony Lynn, Pittsburgh's Mike Tomlin and Carolina's Ron Rivera — although the Miami Dolphins are expected to hire Patriots assistant coach Brian Flores, who is black, after New England is finished playing in the Super Bowl.

In 2017, the NFL matched its all-time high of eight head coaches of color first reached in 2011 with the addition of Vance Joseph in Denver and Lynn.

The NFL has worked this past year to strengthen the Rooney Rule, a mandate that coaches of color must be interviewed for any vacant head coaching position. The new rules state that teams are now required to go outside of their own organizations to interview a candidate of color or interview a candidate who is on the league's career development advisory panel.

Lapchick said based on the history of the NFL racial and gender hiring report, the coaching changes are a cyclical thing and he's confident it will swing back up with more coaches of color being hired in the future.

Still, he said, four coaches of color are far too few.

TIDES announced Wednesday it was not releasing the number of people of color in NFL coordinator positions because of a discrepancy they found in the report.

The coordinator position was a point of concern two years ago when Lapchick said he was bothered by the lack of progress at that position, considering most head coaches first serve as coordinators. The percentage of assistant coaches of color dipped slightly from 31.9 percent a year ago to 31.4 percent in 2017.

In terms of gender hiring, Lapchick said generally speaking none of the professional teams aren't doing well with the exception of the NBA, where anticipates it won't be long before there is a female coach.

"That is something we have to pay more attention to," Lapchick said of the low gender hiring numbers.

The issue, of course, is the NFL is a league made up of — and played — historically by men, which leaves women at a distinct disadvantage of getting hired.

But Lapchick still sees a niche in NFL teams where women can flourish on the business side.

"A woman can be trained equally as well as a man can," Lapchick said.