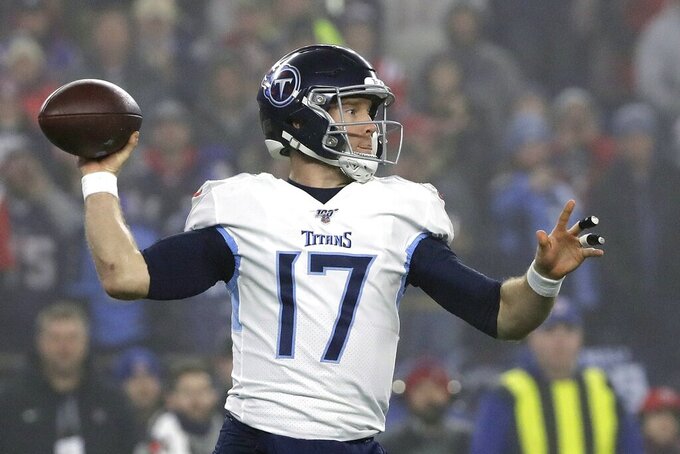 NASHVILLE, Tenn. (AP) — The Tennessee Titans kept their starting offense together with only one exception before the start of free agency.

The defense will look very different.

The Titans traded five-time Pro Bowl defensive lineman Jurrell Casey to the Denver Broncos on Wednesday for a seventh-round draft pick, two people confirmed to The Associated Press. That came a day after the Titans agreed to terms with defensive end Vic Beasley Jr. on a one-year deal to boost their outside pass rush.

Trading away Casey was the biggest surprise. He was a six-time team captain and the longest-tenured player drafted by Tennessee. Casey was a third-round pick out of Southern Cal in 2011.

The people familiar with the trade spoke to the AP on condition of anonymity because trades and other deals cannot be final without physicals or signed paperwork. The NFL has barred travel to team facilities by free agents and also has banned team personnel from traveling to meet with players as a safeguard against the new coronavirus.

Titans wide receiver A.J. Brown credited Casey with helping him throughout his rookie season. Brown wrote on Twitter that he thought at first Casey was just an older guy picking on a rookie only to learn the veteran was testing to see if the receiver would fold.

“He knew that I couldn’t help the team in key moments when the team came my way ..... I never did," Brown wrote. "I appreciate all the lessons you taught me. The talks. Everything. Wish you the best bro and I will be doing same thing to the upcoming rookies to keep this going!!!”

Only punter Brett Kern has been with the franchise longer than Casey. Kern was picked up off waivers from Denver in 2009.

Casey started 137 of 139 games played, though injuries cost three games the past two seasons. He tied for second on the team with five sacks this season and had a team-high 30 quarterback pressures. But Casey is due $11.2 million this season with the price tag rising through 2022.

“Nothing but love big bro I never will forget those long talks we had,” tight end Jonnu Smith wrote on Twitter. “You gave me more advice about this league then you can imagine. Best of luck brother it was a hell of a ride playing with you.”

The Titans have defensive tackle Jeffery Simmons, the 19th overall draft pick last April. The rookie out of Mississippi State wound up playing nine games and all three playoff games after tearing his left ACL last February. They also agreed to terms on a one-year deal Tuesday with Beasley, who led the NFL with 15 1/2 sacks in 2016.

Cornerback Logan Ryan is a free agent after starting every game he played for Tennessee over the past three seasons. Linebacker Kamalei Correa, who had five sacks, also is a free agent along with special teams linebacker Daren Bates.

Trading Casey immediately gave the Titans nearly $10 million more under the salary cap with an estimated $39.2 million available, according to Spotrac.com.

That could allow them to chase linebacker Jadeveon Clowney, who's now a free agent after finishing last season with Seattle. Titans coach Mike Vrabel worked with Clowney as an assistant coach with the Houston Texans before being hired by Tennessee in 2018.

The Titans also need space if they hope to sign NFL rushing leader Derrick Henry to a long-term deal after tagging him as their nonexclusive franchise player Monday. They already signed quarterback Ryan Tannehill to a four-year, $118 million deal Sunday and signed right tackle Dennis Kelly to a three-year extension Monday.

With Marcus Mariota agreeing to terms with the Raiders, Tennessee also needs a backup quarterback.