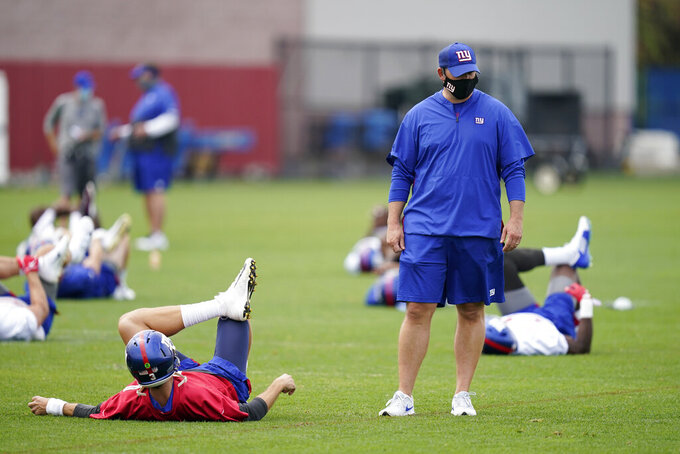 EAST RUTHERFORD, N.J. (AP) — Graham Gano never worried about his future in the NFL — even after missing the 2019 season with a leg injury and then being cut by the Carolina Panthers late last month.

The 33-year-old Gano knew his surgically repaired left leg was good to go and teams eventually would come looking for a placekicker who has made more than 82% of his career field goal attempts.

His wait ended earlier this week as the New York Giants signed him to a one-year contract after releasing veteran Chandler Catanzaro.

Catanzaro had come out of retirement to replace Aldrick Rosas, who was cut in the wake of a poor 2019 season and an offseason arrest for leaving the scene of an automobile accident.

“I’m healthy now and I’m feeling really good,” Gano said after practice Thursday. “I have been kicking for a while. I was just excited for the next opportunity, it’s a nice, fresh start. I feel like this is a great place to be.”

Gano was the perfect fit for the Giants, who are rebuilding under new coach Joe Judge after a 4-12 season.

When Gano was with Carolina, he was coached by current Giants special teams coordinator Thomas McGaughey. Current New York general manager Dave Gettleman was in charge of the Panthers.

It also didn't hurt the Giants remembered his last-second, career-best, 63-yard field goal in Carolina's 33-31 win over New York in 2018.

“I had a feeling that would be the first question,” Gano said. “I’ve heard it a few times. I think it’s probably best if I don’t talk about that much here. That was a good memory. I’m definitely excited to be here now and hopefully too many people don’t bring that up.”

Judge, who worked with now free-agent Stephen Gostkowski when he was the Patriots' special teams coordinator, likes veteran kickers. They know how to get themselves ready for any situation.

“It’s amazing to really listen to some of these guys, talking to Graham,” Judge said. “In previous years, I worked with Gostkowski. Guys like that really understand not just their own bodies, but they’re very in-tune to where they’re kicking. If it’s a dome game, you’ll see guys a lot of times go indoors and kick because they’re not facing any wind. It may be an outside practice for the team, but the kicker has to get his work in inside as best he can."

The older guys are not afraid to tell a coach what they need, Judge said.

The only thing Gano might not get with the Giants is his usual No. 9 jersey. It has been worn the past few seasons by punter Riley Dixon. It seems he's not giving it up.

Gano, who lost his job with the Panthers to 24-year-old Joey Slye, is instead wearing No. 6.

The Giants might have signed him earlier, but he was still on Carolina's roster when New York released Rosas.

“I’m just happy to have a number,” Gano said. “I’m happy to be here and have a spot on an NFL team. It’s a blessing in itself. I think the number doesn’t make the player. The player makes the number. Whatever number they put me in, it really doesn’t matter to me.”

NOTES: Second-year defensive back Julian Love intercepted a pass from Daniel Jones in an 11-on-11 drill late in practice. ... Rookie S Xavier McKinney, who had an intercepion earlier this week, thought he had another Thursday. The officials waived it off. He wanted to watch the videotape.