Odenigbo active for Vikings vs. Saints in wild-card round 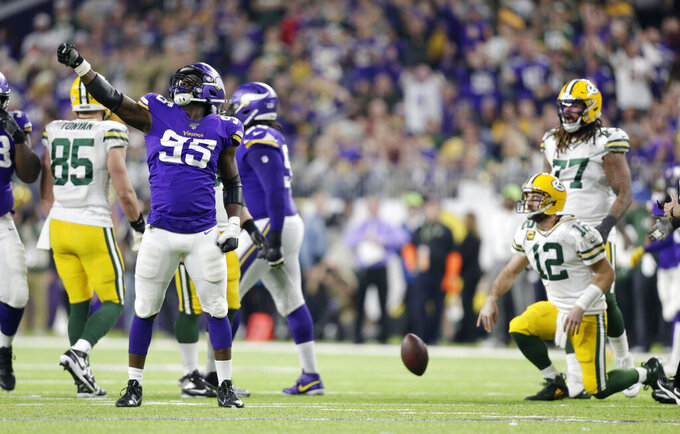 NEW ORLEANS (AP) — Minnesota Vikings defensive end Ifeadi Odenigbo is available to play against the Saints in Sunday's NFC wild-card playoff game after being listed as questionable earlier in the week.

Odenigbo, who has played in all 16 games for the Vikings and has seven sacks, was limited in recent practices with a hamstring injury.

He was the only player listed as questionable for either team this week.

Linebacker Manti Te'o and safety D.J. Swearinger are among the healthy Saints veterans deactivated for the game. Also sitting out are offensive linemen Will Clapp and Ethan Greenidge and defensive end Noah Spence.

Cornerback Mackensie Alexander, who also is inactive, had been ruled out with a knee injury on Friday, when fellow cornerback Mike Hughes was listed as out and placed on injured reserve.