49ers playing out the string 1 year after Super Bowl run 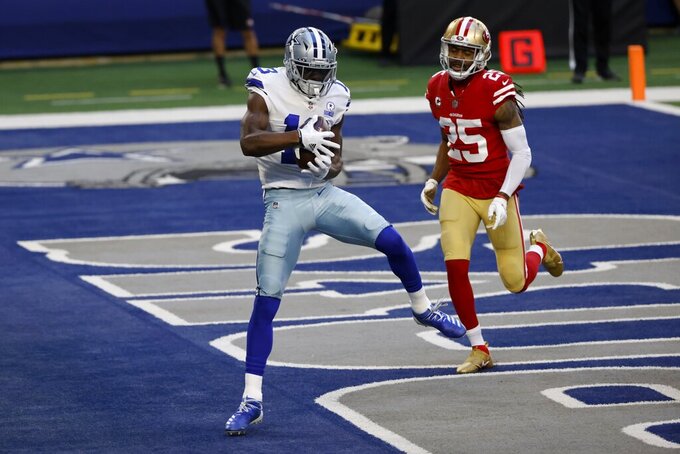 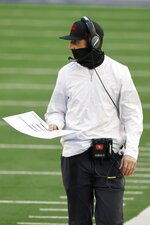 After arriving in their temporary new home in Arizona three weeks ago in the middle of the NFC playoff race, the defending NFC champion San Francisco 49ers are now playing out the string of a frustrating season.

The Niners were officially eliminated from playoff contention with a turnover-filled 41-33 loss to the Dallas Cowboys on Sunday, the latest disappointment in a season filled with them from injuries and the complications from the coronavirus.

“It’s tough because, obviously you start the season your goal is to get to the playoffs and make noise,” cornerback Richard Sherman said. “We had high expectations this year. But the way the year is going, it’s really been difficult, it’s been injury after injury. Guys are staying positive, as best you can. All you can do is keep fighting.”

There’s just now nothing tangible left to fight for now that the Niners (5-9) have been eliminated and are assured of becoming just the second Super Bowl runner-up in the past 13 seasons to finish with a losing record.

Then after beating the Rams in their final game before a ban on contact sports in Santa Clara County because of COVID-19 concerns, the Niners lost their first two games in Arizona and then this past week in Dallas thanks in large part to a minus-7 turnover margin in the three games.

“We can talk about COVID, we can talk about injuries. All that stuff has a factor and it means something,” linebacker Fred Warner said. “But we got to, we just got to play complementary football. That’s just what it is. It’s frustrating.”

Brandon Aiyuk. One of the few bright spots has been the play of rookie receiver Aiyuk. He had nine catches for 73 yards and a touchdown Sunday and is having one of the best rookie seasons in franchise history. Aiyuk’s 59 catches are the second most for a Niners rookie and his 733 yards receiving are third to Hall of Famer Jerry Rice (927) and Samuel (802). He also has five TD catches, tied for the second most to Dave Parks’ eight in 1964.

Ball security. Backup quarterback Nick Mullens threw two interceptions and lost a fumble and punt returner Richie James Jr. also lost a fumble for four giveaways in all. The Niners have committed at least two turnovers in eight straight games for the first time since 2008. Their 22 turnovers in that span are the most in the NFL.

Arik Armstead. The Niners invested heavily in Armstead with a five-year, $85 million contract after he had a career-high 10 sacks last year. Armstead had only 1 1/2 all season before breaking through with two on Sunday in his most impactful game of the season.

Mullens. After showing some flashes early this season when he stepped in for Garoppolo, Mullens’ play has been far too sloppy of late. He is tied for fourth in the NFL with 16 turnovers despite making only eight starts. He has shown an ability to move the ball with his 4,405 yards passing in 16 career starts second in the Super Bowl era to Patrick Mahomes. But unless he cleans up his play he won’t get many more chances to start.

Mullens hurt his elbow and didn’t return. Shanahan didn’t say what his plan at quarterback will be this week. C.J. Beathard relieved Mullens, but Garoppolo is trying to get back from an ankle injury before the end of the season. Mostert left the game with an ankle injury. He’s missed four games because of an ankle injury this season. ... S Jimmie Ward (concussion) and DE Dion Jordan (knee) also got hurt.

117. The 49ers have allowed 117 points off turnovers, second most in the NFL this season and the most for the team since 2006 (126). A staggering 41 of those points have come in the past two weeks, contributing heavily to the two losses.

The Niners play a “road” game at Arizona on Saturday in the stadium that is their temporary home.