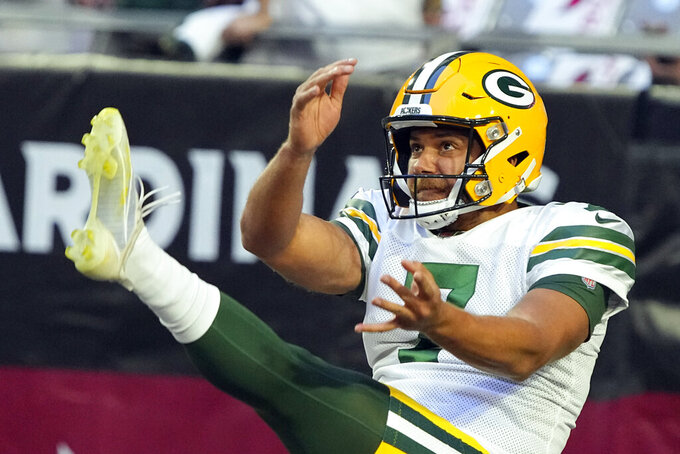 Bojorquez spent last season with Green Bay. He averaged 46.5 yards on 53 punts, including a season-best 82 yarder for the Packers.

The 25-year-old also spent three years with Buffalo, so he's used to the windy conditions he'll likely face during home games in Cleveland.

In 2020, Bojorquez led the NFL with a gross average of 50.8 yards. He's also had three punts blocked, including one in Green Bay's playoff loss to San Francisco last season.

Now that they've got a punter, the Browns will look to add another kicker. They didn't tender Chase McLaughlin as a free agent following his rough 2021 season. Chris Blewitt is on the roster, but the team will bring in another for competition and depth.

Cleveland's special teams struggled across the board while the Browns went 8-9 last season. They did upgrade their return teams this offseason by signing free agent Pro Bowler Jakeem Grant to a three-year contract.

Grant averaged 11.9 yards on punt returns and 23.4 yards on kickoffs for the Chicago Bears last season.