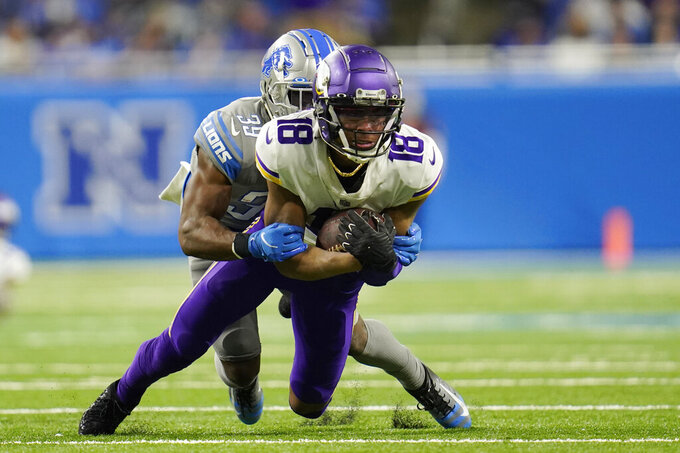 The fantasy playoffs are approaching, so scoring is paramount this and every ensuing week. These are my best bets to reach the end zone at the running back and wide receiver positions in Week 14.

Following a three-game scoreless streak out of the bye, Jacobs has gone on to score and put up at least 90 yards in two consecutive games. He now faces a Chiefs team that just allowed 178 yards and a TD to rookie RB Javonte Williams last week, so Jacobs should fare better than he did against Kansas City in Week 10, especially since Kenyan Drake is doubtful to play with an ankle injury. Coming off an 85% snap count Week 13, Jacobs is going to see plenty of opportunities this week, including all of the goal-line chances.

Conner is second only to Jonathan Taylor in RB scoring, with 14 TDs on the year so far, and he could make it at least 15 this week against the Rams. Conner found the end zone twice against Los Angeles in Week 4, and that was with Chase Edmonds starting. Edmonds may in fact return from IR this week, but that doesn’t change the fact that Conner is the goal line and short-yardage back for Arizona. Conner has only not scored in one game since Week 2, and most of those games were split backfields with Edmonds. With a 50.03% TD dependency with only one fantasy regular-season game left, Conner is the best bet to score this week at the RB position.

The 2021 season has been another disappointing one for Christian McCaffrey, who’s out with an ankle injury, and Hubbard is back in action as the starter in Carolina to face an Atlanta team that he had 91 yards and a score against earlier in the season. Cam Newton is now under center for the Panthers, and he’s always a threat to take it in himself, but the Panthers should find themselves in scoring position more often than usual against a Falcons defense that has allowed 12 TDs to RBs already this season.

One of the best backup RBs in football, besides maybe Tony Pollard, Mattison picked up right where Dalvin Cook left off two weeks ago when Cook injured his shoulder, scoring in back-to-back games. In a short week, Cook is unlikely to get back on the field Thursday night against the Steelers, putting Mattison in position to start once more for the Vikings. The Steelers are our sixth-best RB matchup on the week, so Mattison will continue to roll as an RB1 with scoring upside as long as Cook is sidelined.

Kamara is scheduled to return from IR this week to face a Jets team that is the best matchup for RBs in football right now, having given up 22 TDs to opposing RBs this season. Kamara could cede some carries to Mark Ingram, but that shouldn’t keep him out of the end zone, as Kamara scored in Weeks 8 and 9 while Ingram was sharing the load. After a poor outing in Week 13 by QB Taysom Hill, expect the Saints to let Kamara carry the offensive load this week against New York.

Having already scored three TDs in his past three games, Jefferson is the undisputed No. 1 WR in Minnesota this week, as Adam Thielen is doubtful with a high ankle sprain. Jefferson will face the Steelers in Week 14, a team that has allowed the fifth-most TDs (13) to opposing WRs this season, and is our 11th-best matchup on the week. Expect Kirk Cousins to lean heavily on his young star, especially in the red zone.

Williams has cooled off considerably after his strong start to the season, but he’s regaining momentum having scored or surpassed 100 yards receiving in two of his past three games. With Keenan Allen in COVID-19 protocol this week, Williams may get moved to the No. 1 WR role in Los Angeles by game time, making him a strong bet to rack up yardage and TDs against the Giants’ middling pass defense. The Giants have allowed 14 TDs to WRs this season, and if Justin Herbert plays anything like he did in Week 13 when he threw for three TDs and more than 300 yards, Williams is a threat to put up WR1 numbers.

Second in the league in targets per game (10.91), behind only Cooper Kupp, Johnson has feasted as of late, surpassing 95 yards in three consecutive games and scoring in two of them. He could likely score again this week against a Vikings team that is our best matchup for opposing WRs this week, having allowed 15 TDs and a league-high 28.3 fantasy points per game.

Terry McLaurin’s fantasy output has lagged the past couple of weeks, as Washington has gone run heavy, but look for him to get back on track against the Cowboys this week, in what could be a shootout. Dallas’ secondary is opportunistic, but loves to give up the big play, and McLaurin is bound to break free at some point. Mclaurin has scored in every game that Washington has scored more than 25 points this season, and I expect them to surpass that mark this week. Washington is on a four-game winning streak and gets to face Dallas at home.

Moore has developed into the Jets’ most potent offensive playmaker over the course of his rookie season, scoring in four of his past five starts. With Corey Davis placed on season-ending IR this week, the Jets will need to rely on Moore heavily from here on out, starting against a Saints team that has given up the fewest points to opposing RBs this season, but has allowed the third-most points to WRs and is our seventh-best matchup on the week. The 37.82% TD dependent Moore is the Jets’ best chance to find the end zone against New Orleans this week.