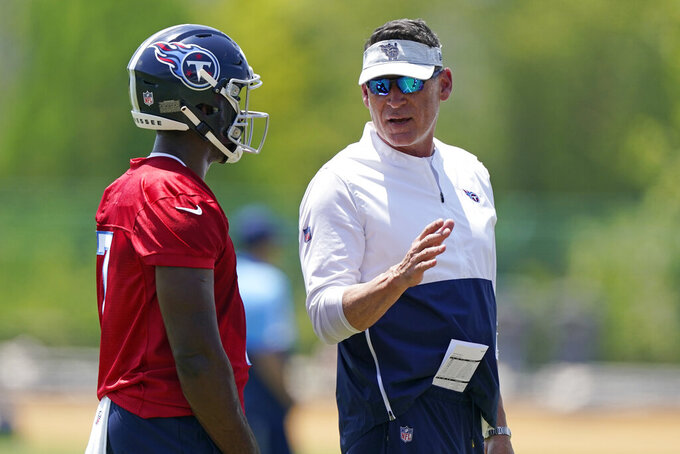 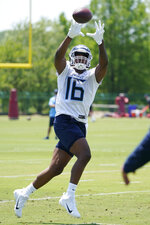 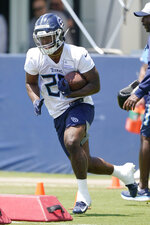 Tannehill is the Titans' starting quarterback, not a mentor or a coach.

“His job is to prepare to help us win a bunch of games and and be a great teammate and help out,” Vrabel said Friday. “And I know that he’s going to do that. So that was not any sort of issue for me.”

Tannehill ticked off people May 3 when he said he didn't think it was his job to mentor the Titans' newest quarterback in Willis, their third-round draft pick out of Liberty. Tannehill's comments blew up on social media, something Vrabel said Friday he doesn't gauge.

Asked about Tannehill's comment, Willis had a quick response.

“What comment?” Willis quipped before a quick follow-up question. “Oh, man, we chopped it up. I mean, it was never anything negative. Ryan’s a good dude. Like i said he had us over to the house. Everything’s cool.”

The interest in Willis is intense given he is the highest-drafted quarterback by the Titans since taking Marcus Mariota at No. 2 overall in 2015. The Titans not only selected Willis at No. 86 overall, they traded up four spots in the third round to make sure they got him.

And Tannehill is coming off a season in which he had his most interceptions since his second season in the NFL, capped by three in a divisional playoff loss to Cincinnati. The nine-year veteran also has the NFL's highest salary cap number after reworking his contract last summer to free up space for Julio Jones.

Willis and the rest of the Titans' rookies, including 17 undrafted free agents, hit the field Friday for the first of a three-day rookie minicamp. All eyes were on Willis and wide receiver Treylon Burks from Arkansas, the 18th pick overall to replace A.J. Brown, traded by the Titans to Philadelphia for that selection.

Burks didn't finish the first individual receiver drill Friday before going inside with a trainer and then going to the locker room. The 6-foot-2, 225-pound Burks did come back out and did a couple more reps before going back inside. Vrabel said only that they defer to their director of sports medicine.

Willis had some issues with the snap under center, though Vrabel said the quarterback just met his center Thursday night. Willis noted he worked mostly out of the shotgun at Liberty.

Willis' ability to run was most noticeable on a day when everyone is still trying to synch up, and he also threw some nice passes. The 6-1 Willis threw for 2,857 yards with 27 touchdowns that ranked 18th nationally last season, and he also ran for 878 yards and 13 TDs.

Vrabel said he showed Willis examples of how rough the first day of rookie minicamp can be with players going the wrong way, play calls reversed, and snap issues. No matter how much coaches don't want to see that, it happens.

“We have to regroup, and I think he did that ...,” Vrabel said of Willis. “You’re going to have incompletions. It was good to see him take care of the football, run when he needed to run, try to show him all these things of how we want to play the game.”