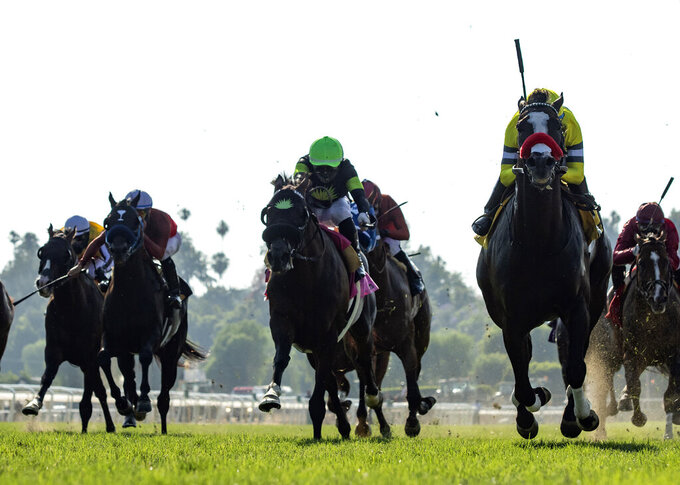 The Arcadia racetrack was on Monday’s list of nonresidential settings with five or more confirmed cases of the disease. The list includes food and retail stores, meat processing plants and educational settings. The track’s meet ended Sunday.

The list also included SoFi Stadium, the under-construction NFL stadium in Inglewood. It had 16 confirmed positive tests and two that involved non-confirmed symptomatic staff. The stadium, which will host the Los Angeles Chargers and Rams, is scheduled to open Aug. 14.

The health department said the data is dynamic and may not reflect real-time investigation counts for the locations.

Santa Anita closed to the public on March 13. A week later, all non-essential personnel were prohibited. The health department shut down racing on March 27, although training was allowed to continue.

The health department allowed the track to resume racing on May 15. The track housed jockeys in trailers in the parking lot during race days and they were tested regularly.