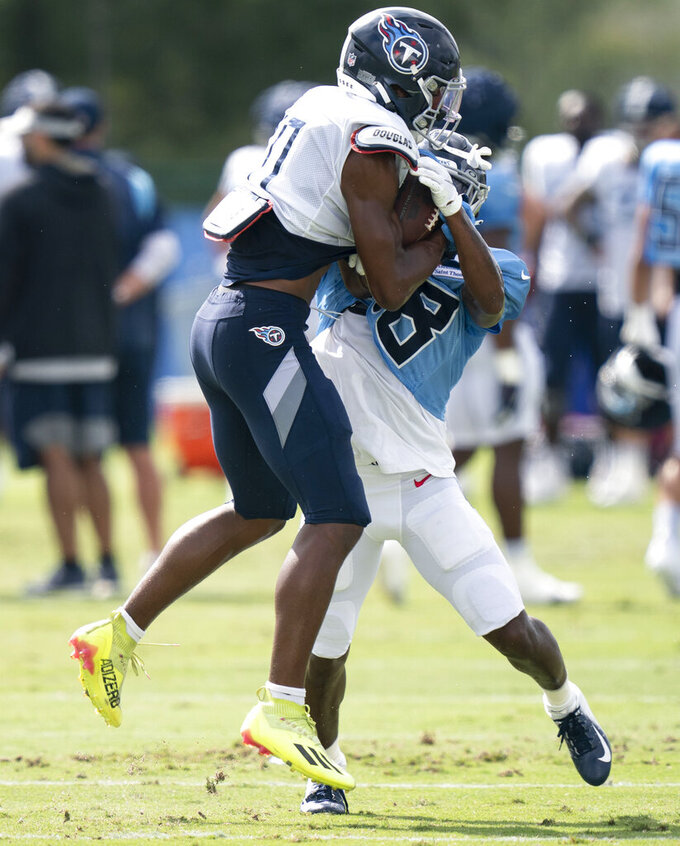 The Titans cut Woodside along with 27 other players waived or released Tuesday at the NFL deadline to trim the roster to 53. They also waived injured tight end Tommy Hudson before turning attention to their season opener Sept. 11 hosting the New York Giants.

His experience and knowledge of the Titans' offense couldn't beat out Willis' stronger arm and legs especially as the rookie showed weekly improvement since the start of the team's rookie minicamp in mid-May.

“He can beat you throwing in pocket, he can beat you outside the pocket throwing, he can extend plays and then he can also beat you by turning up and running,” Titans coach Mike Vrabel said of Willis after their preseason finale last weekend. “So there’s a lot of guys that we’re going to defend like that. And it’s difficult.”

Tennessee traded up in the third round to make the 6-foot-1 Willis the third quarterback taken in this year's NFL draft at No. 86 overall. That was the highest draft pick Tennessee had used on a quarterback since taking Marcus Mariota at No. 2 overall in 2015.

The rookie started all three preseason games for the Titans and got rid of the ball more quickly each game.

Willis played all but one series in Tennessee's preseason finale, a 26-23 win over Arizona thanks to a rally led by Woodside. But Willis had a 50-yard scramble after first looking downfield for an open receiver, a run that wound up being the longest in the AFC this preseason.

The rookie also led the AFC with 159 yards rushing. Vrabel said Sunday that Willis showed the ability to step up in the pocket and keep looking downfield at times.

“He also was able to have some explosive gains running, which is exactly what we talked about,” Vrabel said. “The operation was better, but then there were some things that we have to improve.”

The Titans also made it official, releasing their longest-tenured player in three-time Pro Bowl punter Brett Kern, a move they announced was coming Monday.