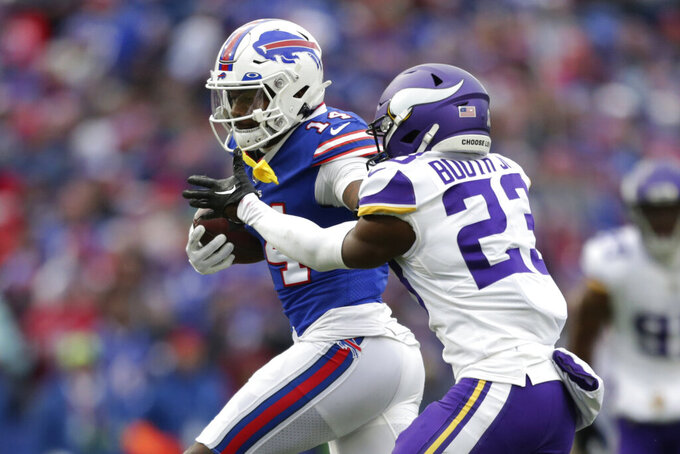 Booth was held out of Minnesota's win over New England last week because of his injury. The Vikings were waiting for further medical assessment on Booth before determining whether he'll be able to return to action this season. He's likely to land on injured reserve, meaning he'd have to miss at least four weeks.

With Cameron Dantzler Sr. (ankle) and Akayleb Evans (concussion) also out against the Patriots, the Vikings started Duke Shelley at cornerback. Dantzler must miss at least one more game on injured reserve. Evans has been progressing through the concussion protocol and it's not clear whether he will play Sunday against the New York Jets.