Yanks may face Cleveland's bugs again in a throwback to '07 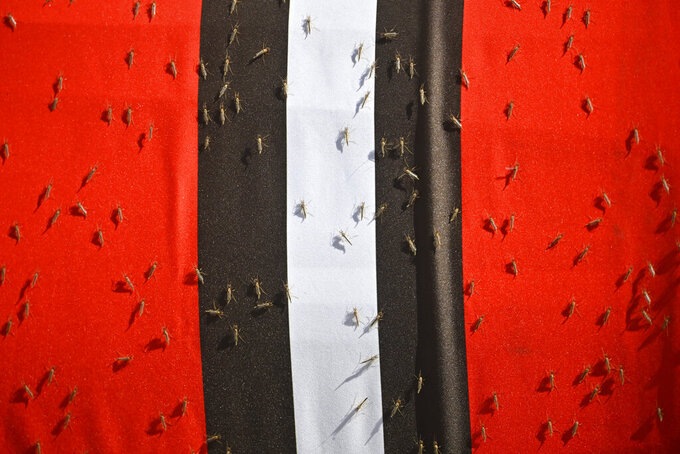 Midges land on a banner around First Energy Stadium as the teams warm up before an NFL football game between the Cleveland Browns and the Los Angeles Chargers, Sunday, Oct. 9, 2022, in Cleveland. (AP Photo/David Richard) 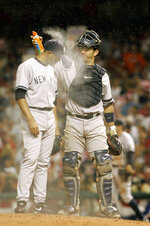 NEW YORK (AP) — Their fans still bugged by what happened in 2007, the New York Yankees could face pesky midges again when the American League Division Series moves to Cleveland this weekend.

The flying insects memorably swarmed Joba Chamberlain during Game 2 of the 2007 Division Series at what was then called Jacobs Field. The bugs returned last weekend at nearby FirstEnergy Stadium for an NFL game between the Browns and Los Angeles Chargers.

Cleveland will host the Yankees on Saturday night for Game 3 of the ALDS at what's now called Progressive Field.

“I was at the Browns game on Sunday after the wild card series and they were out in full force and it was the middle of the day. So I can only imagine when we get back,” Cleveland Game 3 starter Triston McKenzie said Friday. “When you try to swat them away, they don’t care and they will land on you anyway. I don’t even know how to explain it. That’s the best way to explain it. They will land on you.

"You can kill them and they will just stay there.”

Cleveland reliever Bryan Shaw said the midges are “all over your car” after games, but there's ”nothing to really do.”

Flustered by the flies, Chamberlain threw a pair of wild pitches that allowed Cleveland to tie the score in the eighth inning. The Indians went on to an 11-inning win and a four-game series victory.

Yankees pitcher Roger Clemens said he would have pulled the team off the field.