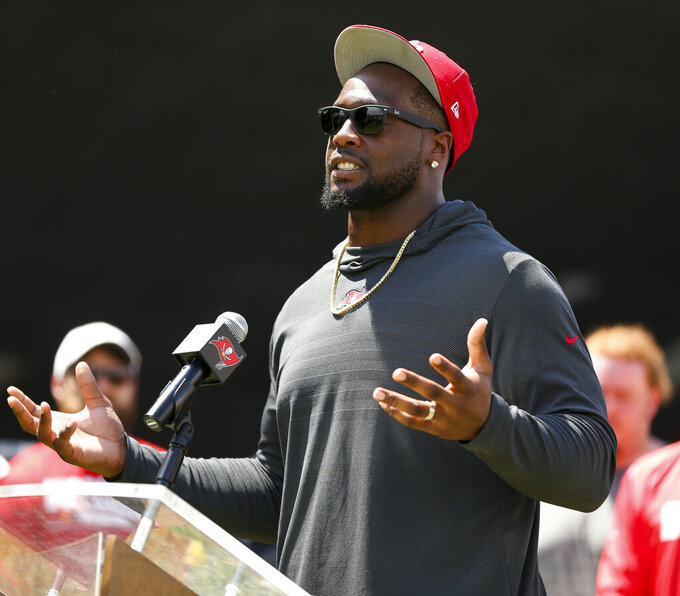 CHARLOTTE, N.C. (AP) — The Panthers agreed to terms with six-time Pro Bowl free agent defensive tackle Gerald McCoy on a one-year contract worth up to $10.25 million with incentives, a person familiar with the situation told The Associated Press on Monday.

McCoy, who was cut by the Tampa Bay Buccaneers in a salary cap move, will receive a $4 million signing bonus.

The person spoke to the AP on condition of anonymity because he has not yet signed his contract.

The addition of McCoy gives the Panthers a formidable trio of defensive tackles that includes Kawann Short and Dontari Poe, who have each been to the Pro Bowl twice, and Kyle Love.

The 31-year-old McCoy has started 123 games during his nine seasons with the Buccaneers and posted 296 tackles and 54 1/2 sacks.

He had 28 tackles and six tackles last season for Tampa Bay in 14 games. He has had at least six sacks in each of the last six seasons.

The Panthers are incorporating some 3-4 defensive looks into their scheme this year, which means the 6-foot-4, 300-pound McCoy could be lined up alongside Short, who will move to defensive end in those situations. Or, the team could move the versatile McCoy to the other defensive end spot in the three-man front.

The Panthers struggled to apply pressure to the quarterback last season and also lost defensive end Julius Peppers to retirement this offseason.

Along with a $4 million signing bonus, McCoy can earn incentives for sacks, as well as making the Pro Bowl and the playoffs.