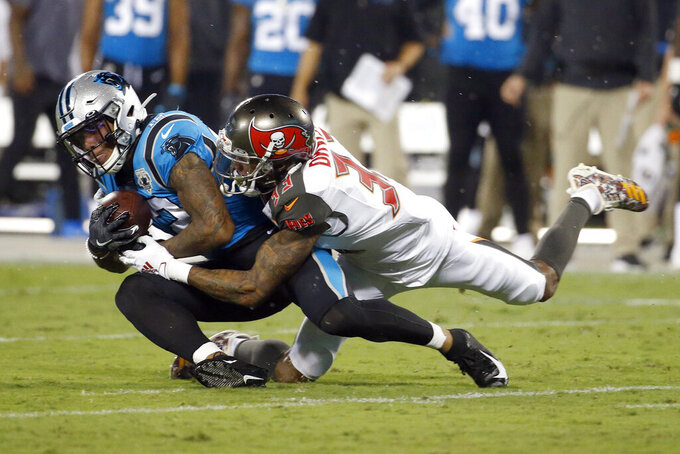 CHARLOTTE, N.C. (AP) — The Buccaneers-Panthers game has resumed after a 25-minute weather delay.

Thunderstorms moved into the area just before kickoff Thursday night after the temperature hovered in the mid-90s during the day. Tampa Bay took a 3-0 lead with a field goal on the first drive after the delay.

Rain fell early in the game and players were asked to leave the field and fans told to take shelter with 8:31 left in the first quarter due to lightning in the area.

Because of the weather, NFL Network used only two cameras — limiting replay angles. That already impacted the game because of a review of a spot on a fourth down run by Cam Newton. Panthers coach Ron Rivera challenged the call, but did not win.