Falcons QB Ryan to return from ankle injury against Saints 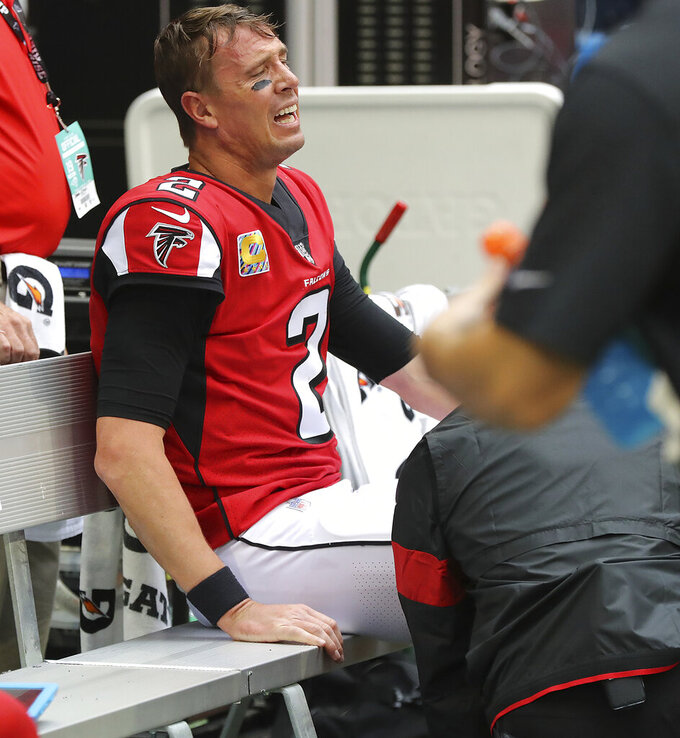 FLOWERY BRANCH, Ga. (AP) — Quarterback Matt Ryan has been removed from the Atlanta Falcons injury report and appears set to play against the New Orleans Saints.

Ryan had only limited participation in Friday's practice. But that was enough for coach Dan Quinn to say the veteran quarterback was ready for Sunday's game.

A bye week helped Ryan recover after a sprained right ankle forced him to miss his first game since 2009 in the Falcons' loss to Seattle two weeks ago.

The Falcons (1-7) still have injury concerns as they try to end a six-game losing streak.

Running back Ito Smith (neck), defensive end John Cominsky (ankle) and left guard Wes Schweitzer (concussion) have been ruled out. Cornerback Desmond Trufant (toe) is listed as questionable and will be a game-time decision.