Giants playoff hopes may be decided right out of the bye 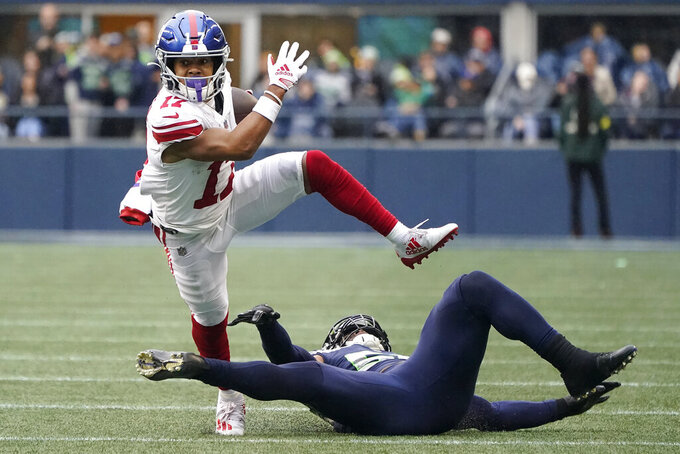 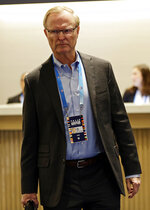 EAST RUTHERFORD, N.J. (AP) — When the New York Giants raided the Buffalo Bills organization and hired Joe Schoen to be their general manager and Brain Daboll to be the coach, no one expected an immediate turnaround.

The Giants had had five straight losing seasons and the Bills probably are the best team in the past two seasons not to make the Super Bowl.

At the halfway point in the season, here's a surprise. The Bills and Giants have 6-2 records.

Schoen and Daboll seemingly have done the impossible in turning around a team that was 4-13 in 2021.

Stop the comparison right there. Barring the unforeseen, the Bills are going back to the playoffs for the third straight year and fifth time in six seasons. They just have so much talent, led by quarterback Josh Allen.

The Giants' postseason hopes are more uncertain. Their record is suspect. They beat Carolina (2-7) and Green Bay, Jacksonville and Chicago, all 3-6. They have quality wins over AFC South leader Tennessee and AFC North leader Baltimore.

Their losses have been to NFC East rival Dallas (6-2) and NFC West leader Seattle (6-3).

The final nine games will determine whether New York gets back to the playoffs for the first time since 2016, and only the second since winning the Super Bowl in February 2012.

The key is going to be the first two games after the bye. The Giants have home games against Houston (1-6-1) and Detroit (2-6). If Daboll's team can focus on the immediate goal and continue to find ways to win, an 8-2 record with seven games to go would be a major step.

The concern is the Giants haven't done anything the easy way this season. They have won six games by a combined margin of 27 points with the biggest margin being eight points against Chicago.

The other five wins have been by six points or fewer, and the victory against Jacksonville came on a play where the Jaguars receiver was tackled at the Giants 1-yard line as time ran out.

The final seven games will be tougher. Five will be against NFC East opponents, one at Dallas and home-and-home games with the Eagles (8-0) and the Commanders (4-5).

Those are never easy. The other two games are against the NFC North leading Vikings (7-1) on the road on Dec. 24 and at home versus the Colts (3-5-1).

“We’re 6-2, we’ve done a lot of good things," Schoen said. "I think everybody agrees that there’s still some meat on the bone in areas where we can improve.”

Brian Daboll. The 47-year-old former Bills offensive coordinator has stepped into his first NFL head coaching job and is off to a fast start. He doesn't say many things different than predecessors Pat Shurmur and Joe Judge, but the players respond to him. His best move came in the season opener against the Titans, going for a game-winning 2-point conversion late. It worked. Daboll has told his players since taking over not to be afraid to win. They have.

The receiving group. The Giants felt they had depth at the position with Kadarius Toney, Sterling Shepard, Kenny Golladay, Darius Slayton and rookie Wan’Dale Robinson.

It disappeared quickly. Shepard was lost early to an ACL injury. Toney (hamstring) played in two games before being traded to Kansas City. Golladay, who has been a bust since getting a big free-agent contract last season, had two catches in four games before hurting his knee. Robinson also missed four games early with a knee injury.

Slayton leads the wide receivers with 232 yards. Robinson has started to contribute lately. David Sills, Richie James and Marcus Johnson have chipped in.

J&B. That’s quarterback Daniel Jones and halfback Saquon Barkley. The two are having great seasons in what amounts to contract years.

Facing a break-or-make season after the organization didn’t pick up the fifth year on his rookie contract, Jones has thrown for 1,399 yards, six touchdowns and two interceptions. His feet have been a crucial part of the offense.

Barkley may be the league’s comeback player of the year. He struggled in 2021 coming off ACL surgery, gaining 593 yards rushing. He has already surpassed that (779) and his 28 catches and five touchdowns are tops on the team.

Safety Xavier McKinney. He is one of the top defensive backs on the team, but going away during the bye week and hurting a hand while riding an ATV in Mexico is inexcusable. He was placed on the reserve/non-football injury list late Monday and will miss at least four games. Not only that, he is the player who relays coordinator Wink Martindale's calls to the defense.

Golladay could return against the Texans after missing four games with a knee injury. He has to regain the form he showed with the Lions. OLB Azeez Ojulari (calf), OT Evan Neal (knee), G Ben Bredeson (knee), G Shane Lemieux (foot) TE Daniel Bellinger (eye) and CB Rodarius Williams all could return from injured reserve. Williams, who tore an ACL last season, Lemieux and Ojulari, are closing to being back.

4 — The number of games New York needs to win in the final nine to have a legitimate shot at going back to the playoffs.

If they are going to make the playoffs, they have to win the games at home against Houston and Detroit the next two Sundays.