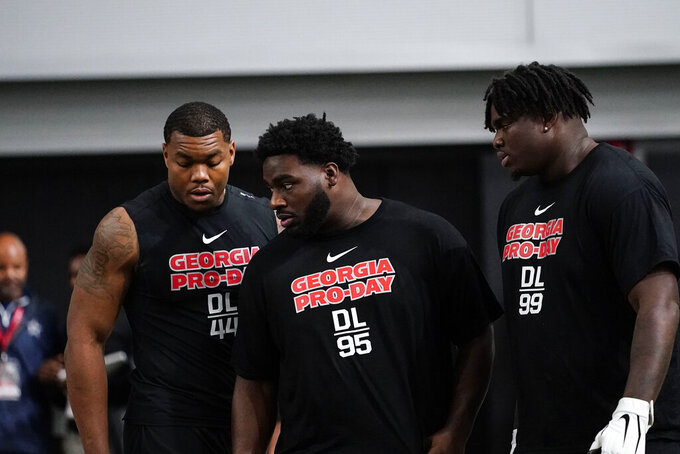 LAST SEASON: The Cardinals looked like one of the best teams in the NFL through the first few months of the season, winning their first seven games and improving to 10-2. Then came the collapse. Arizona lost four of its final five games, dropping from the No. 1 overall seed in the NFC to the wild-card round. The Cardinals were then smoked by the Los Angeles Rams 34-11 in the playoffs. Since the season, QB Kyler Murray and the Cardinals have been engaged in a passive/aggressive war of words as the quarterback seeks a lucrative long-term contract.

FREE AGENCY/TRADES: Arizona's been relatively quiet during the offseason but did re-sign important offensive pieces RB James Conner, WR A.J. Green and TE Zach Ertz. Added G Will Hernandez for the offensive line and picked up CB Jeff Gladney to help the secondary. The Cardinals lost edge rusher Chandler Jones to the Raiders and RB Chase Edmonds to the Dolphins. Jones is the franchise leader in career sacks.

OUTLOOK: Things seemed stable until the surprising tiff between Murray and the front office. It still appears that the franchise is building around the 2019 No. 1 overall draft pick, but there's no denying a significant tension. As for the draft, the good news for the Cardinals is that they aren't desperate at any one position, even if they need help in several spots. They'll likely be looking for an edge rusher, receiver, defensive lineman or cornerback in the first round and can pick the best available option that falls to No. 23.