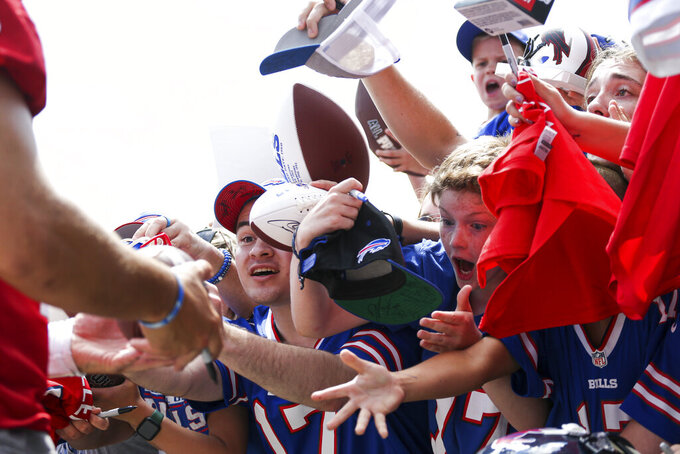 NEW YORK (AP) — The NFL has extended its deal with SiriusXM to broadcast and market the league's games over North America another five years through the 2027 Super Bowl.

The deal announced Tuesday extends an agreement first reached in 2004. Brian Rolapp, the NFL's chief media and business officer, said the league is pleased to continue this deal.

“SiriusXM continues to be an important part of the NFL family, providing fans access to live game audio as well as all the news and information around their favorite teams in addition to SiriusXM’s great 24/7, 365 League coverage on SiriusXM NFL Radio," Rolapp said.

Under this new agreement, SiriusXM becomes the exclusive third-party audio provider for each NFL game across North America. Subscribers will get access to every NFL game live on SiriusXM radio, the SXM app and SiriusXM NFL Radio. That's the company's channel covering the league daily.

The company's app provides access to all 32 NFL team's channels. SiriusXM also is adding pre- and postgame shows to each team's channel along with offering subscribers coaches' shows and news conferences through the app to subscribers.

Scott Greenstein, SiriusXM's president and chief content officer, said they couldn't be more pleased to expand their relationship with the NFL and keep delivering “comprehensive access” to their listeners.

“The popularity of the NFL, and the passion of their fans, is extraordinary,” Greenstein said. “Since 2004 the NFL has been an important component of SiriusXM’s programming lineup as we deliver those fans exceptional access to all their favorite teams.”