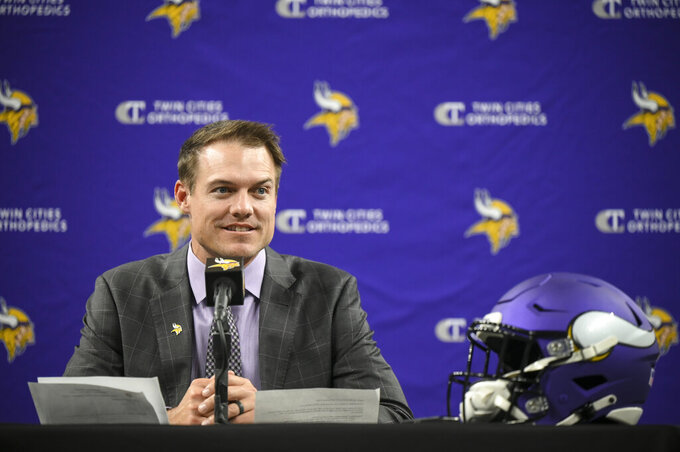 O'Connell was hired as head coach of the Vikings last week.

Phillips is the son of Wade Phillips and the grandson of Bum Phillips, both former NFL head coaches. Wes Phillips was the tight ends coach for the Rams for the last three years and added the passing game coordinator title in 2021. He has coached in the league for 16 seasons.

Daniels was the assistant special teams coach for the Dallas Cowboys the last two years. He played in the NFL for four seasons as a safety for three different teams.

Jones returns to the same role he had for the Vikings in 2020 after one year as defensive coordinator and defensive backs coach at LSU. Kotwica enters his 13th season as a coach in the NFL. He was director of player development for his alma mater Army in 2021. He served eight years in the U.S. Army after graduation in 1996. Smith spent the last three seasons with the Green Bay Packers and has coached in the league for 10 years.