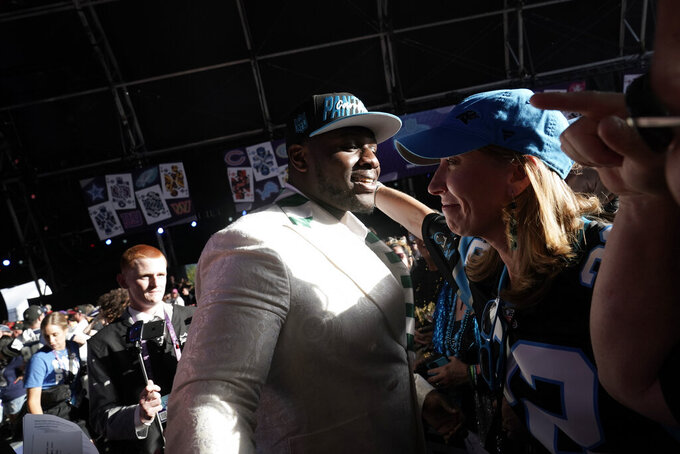 Ekwonu, the sixth overall pick, agreed to a four-year rookie contract with a team option for a fifth season Tuesday night. Financial terms of the deal were not released, but the offensive tackle from North Carolina State is slotted to receive around $27.6 million overall with a signing bonus in the range of $17.2 million, according to Spotrac.

The deal comes just days before the start of the team's rookie minicamp this weekend.

He is projected to become the team’s starting left tackle this season, filling a major hole on offense.

The Panthers have now agreed to terms with four of team’s draft picks. They earlier reached deals with Amaré Barno, Kalon Barnes and Cade Mays.