Panthers owner David Tepper to meet with MLS about expansion 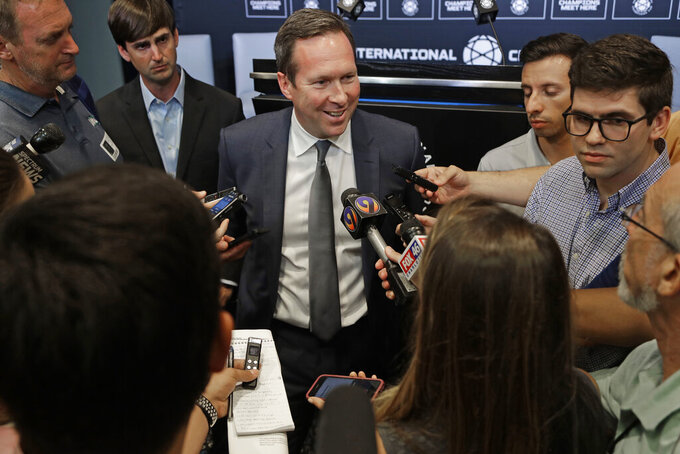 CHARLOTTE, N.C. (AP) — Carolina Panthers owner David Tepper and team president Tom Glick plan to travel to New York next week and meet with Major League Soccer officials in an effort to convince them to bring an expansion team to Charlotte, North Carolina.

Tepper has been working to bring an MLS team to Charlotte since purchasing the Panthers last summer.

Glick believes "the region deserves it. We think the region will support it, and we are confident of that."

He says the goal is to land an MLS team as soon as possible.

Glick spoke Tuesday at a news conference to announce Charlotte will host preseason exhibitions as part of the International Champions Cup for the next five years, including Arsenal vs. Fiorentina on July 20. Charlotte's Bank of America Stadium hosted a CONCACAF Gold Cup group stage doubleheader last month that included Mexico, attracting 59,283.