Steelers show NFL dynasty can thrive with 4th title in 1980 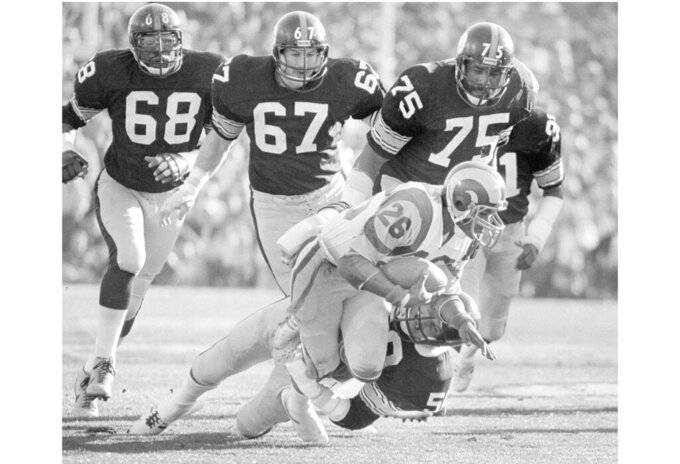 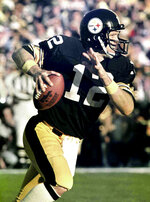 Terry Bradshaw feels blessed to have won four Super Bowls. Lynn Swann is sure he has plenty of teammates who wondered how close they came to stringing together six straight championships.

To John Stallworth, winning Super Bowls is just what the Pittsburgh Steelers did.

With their experience, talent and coaching, the Pittsburgh Steelers showed the NFL a dynasty could thrive in the Super Bowl era by winning an unprecedented fourth championship with a 31-19 victory over the Los Angeles Rams on Jan. 20, 1980, at the Rose Bowl.

“Well, anytime you’re the first to do anything, it’s like the most wonderful feeling in the world," Terry Bradshaw said. “And then 40 years later, you look back and you go, ‘Well, Tom Brady’s got seven, Montana’s got four.’ But the first is always very important.”

To Swann, four Super Bowls felt great — until the San Francisco 49ers became the first to win five in the mid-1990s. He says he'll go on a small limb and say a lot of his teammates felt disappointed at what might've been.

The Steelers had plenty of talent with 10 players from that championship run inducted into the Pro Football Hall of Fame, not counting coach Chuck Noll. Stallworth, inducted in 2002, said being together that long built a chemistry and bond that showed in their play.

Pittsburgh didn't have a salary cap forcing it to pick and choose between linebackers Jack Ham and Jack Lambert, safeties Mel Blount and Donnie Shell or wide receivers like himself and Swann on the same roster for that six-year span.

“Today’s game you can’t do that, so I’m amazed by that,” Stallworth said.

That experience helped with the Steelers playing essentially on the road, even if it wasn't the Coliseum. No Super Bowl has attracted as many fans before or since with 103,985 a mark that still stands.

“It wasn’t just the number of people in the stands and what the stadium held,” Swann said. “There was all the festivities that led up to it. ... Halftime, everything was getting bigger.”

That's where those three Super Bowl victories over the previous five seasons came into play. The Steelers couldn't have been much more relaxed knowing the timing would be different from every other game played.

“We understood halftime being longer, we understood more timeouts for commercial timeouts, the rhythm of the game ...," Swann said. “We weren’t worried about the fact that, well, you might have been behind or that things seemed to be tight in one particular time.”

And the Steelers found themselves not only trailing but swapping the lead with the 11-point underdog Rams. Quarterback Vince Ferragamo, making the eighth start of his career, had Los Angeles leading 19-17 at the start of the fourth quarter.

Bradshaw credits the Rams for outplaying Pittsburgh much of the game. The Rams had intimate knowledge of the Steelers thanks to former Pittsburgh coaches in defensive coordinator Bud Carson, receivers coach Lionel Taylor, and offensive line coach Dan Radakovich.

The Steelers quarterback, MVP of the previous Super Bowl, couldn't sleep the night before, worried whether he could beat Carson running an offense the coordinator knew very well from his time in Pittsburgh. Once the game started, Ferragamo pushed the Steelers as well.

“He was just brilliant that day,” Bradshaw said.

The Steelers had Noll. Swann said cameras picked up Noll with a very rare laugh and smile heading into the locker room at halftime.

“You never saw him exhibit that kind of emotion,” Swann said. "Usually he’s just kind of quiet, unemotional, doesn’t give you a whole lot. He’s just doing his job.”

The Steelers had three big offensive plays — all in the second half — along with an interception by Lambert. The go-ahead touchdown came off 70 Slot Hook and Go, which Pittsburgh had just put in. Bradshaw had not completed the pass even once in practice.

Bradshaw says Noll told him he had to go deep because they wouldn't beat the Rams throwing intermediate routes. The quarterback reminded Noll he hadn't completed that pass, and the coach told Bradshaw to just go through his reads and he'd be fine.

It worked. Bradshaw and Stallworth connected for a 73-yard touchdown that gave Pittsburgh the lead for good. The same play worked again for a 45-yard gain to Stallworth to set up the final TD.

“I remember telling my dad after that L.A. victory, which, by the way, was exhausting for me,” Bradshaw said. "Just horrible headache, just so much focus, so much concentration, so much desire to win. I told my dad that that’s pretty much it, we’re not going to win another one.”

Being a perfect four for four would have to be enough.

By Arnie Stapleton an hour ago
an hour ago
By W.g. Ramirez 11 hrs ago
By Dennis Waszak Jr. 15 hrs ago
15 hrs ago