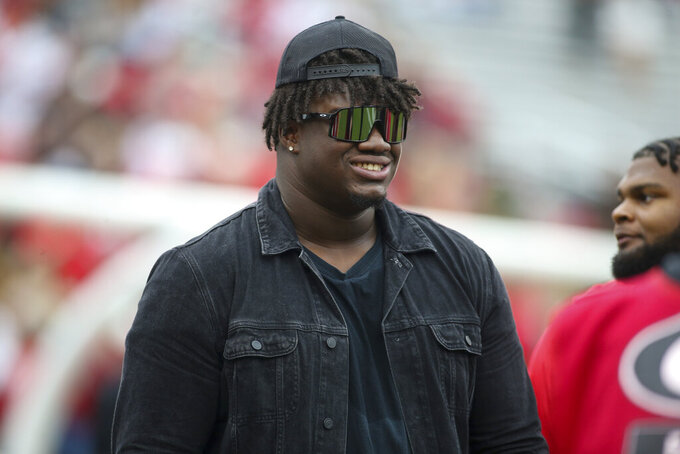 LAST SEASON: First-year coach Nick Sirianni and second-year quarterback Jalen Hurts led the Eagles to a wild-card berth, a year after a 4-11-1 season cost Super Bowl-winning coach Doug Pederson his job. Hurts showed enough potential as the starter following the trade of Carson Wentz to earn another shot this season. Once Sirianni built an offense committed to the run to highlight Hurts’ abilities, the Eagles rolled in the second half. However, they were 1-8 against teams that finished with a winning record, including a playoff loss at Tampa Bay.

OUTLOOK: GM Howie Roseman already shook up the first round, sending two of Philadelphia’s three first-rounders to New Orleans for a first, a third and a seventh this year plus two future picks. The Eagles have 10 overall picks and flexibility to move around. Despite drafting Jalen Reagor and DeVonta Smith in the first round the past two seasons, the Eagles still could take another wideout with one of their two remaining firsts. They’ve always valued defensive linemen, so adding depth at tackle is possible depending on the board.