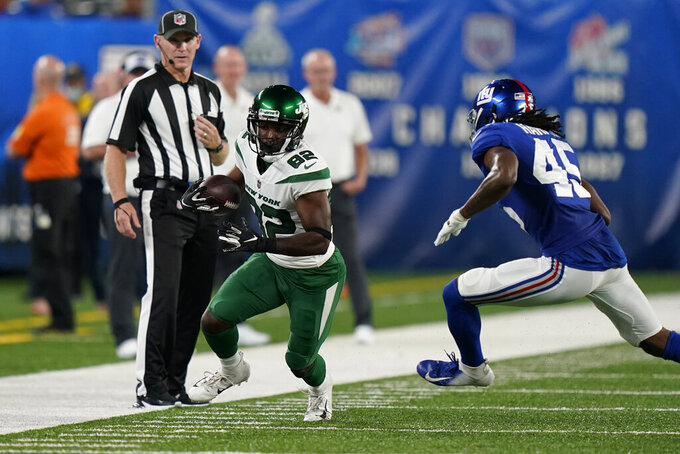 NFL Network first reported Crowder tested positive for the virus, but it is believed to be an isolated case. It is uncertain whether the receiver is vaccinated, or when he tested positive, but those will be determining factors in whether Crowder will be able to play at Carolina on Sept. 12.

Crowder, who led the team in receptions the last two seasons, was not at practice Wednesday or Thursday because he was dealing with what general manager Joe Douglas and coach Robert Saleh said was a minor groin injury.

The 28-year-old Crowder is expected to be a major part of the Jets' revamped receiving corps that also includes free-agent signing Corey Davis and second-round pick Elijah Moore. Crowder agreed to a pay cut in the offseason for the final year of his contract, lowering his base salary from $10 million to $5 million.

Crowder, who spent his first four NFL seasons in Washington, has 358 career receptions for 4,160 yards and 26 touchdowns.