Manning to start for Giants with Jones still sidelined 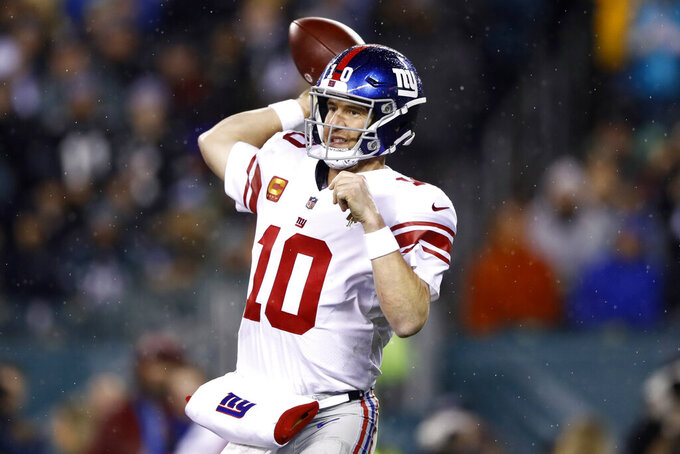 New York Giants' Eli Manning passes during the second half of an NFL football game against the Philadelphia Eagles, Monday, Dec. 9, 2019, in Philadelphia. (AP Photo/Matt Rourke)

EAST RUTHERFORD, N.J. (AP) — Eli Manning will get another start at quarterback for the New York Giants with Daniel Jones still sidelined by a high ankle sprain.

Giants coach Pat Shurmur said Friday that the veteran Manning will start on Sunday at home against Miami. Manning returned last Monday night in an overtime loss at Philadelphia, performing well in the first half with two touchdown passes before struggling the rest of the way.

Jones replaced Manning as the starter in the third week of the season. But the sixth pick overall in this year's draft was hurt in a loss to Green Bay on Dec. 1. He practiced on a limited basis this week.

New York is 2-11 and has lost nine straight games.